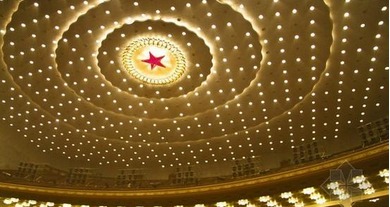 Recently, Zhejiang Beiguang Lighting Technology Co., Ltd., located in the Haiyan Economic Development Zone, has received good news. The company is an indoor lighting project for the People's Great Hall of the People in Beijing. It won the first prize of the 8th China Lighting Engineering Design Award.

The company's LED stage bar lights have provided high-quality lighting services for the 18th conference pavilion. It is reported that the China Lighting Award is the only science and technology award in the field of lighting in China that was established by the China Illuminating Society and officially approved by the National Science and Technology Awards Office. This award belongs to the highest award in the domestic lighting industry.

The reporter called the China Institute of Illumination for an understanding yesterday. The staff member told the reporter that Beiguang won the first prize of the Zhongzhao Lighting Awarda€”Lighting Engineering Design Award (indoor and functional lighting). The declared project was the Great Hall of the People in the Great Hall of the People. Indoor lighting project. The project provided high-quality lighting services for the partya€?s 18th conference and Beiguang won the award.

In Beiguang's exhibition hall, the reporter saw the same type of LED lamps. The luminaire has a rectangular parallelepiped, the front is a transparent lampshade, black base, the whole set of lamps looks simple and elegant.

After the company received this task, the staff of each line quickly put into production with great enthusiasm. After the production of 280 sets of stage lights was completed, they were sent to Beijing and installed in place.

a€?When the 18th National Congress convened, our staff were watching TV live with excitement. When the rostrum appeared on the screen, some employees also picked up the camera to take pictures,a€? said Li Lingyan, the company's human resources director.

Peng Jin, manager of Beiguang Technology Department, explained that the product was adopted by the Great Hall of the People in Beijing and benefited from several major advantages of the product. Beiguang's high-power LED lamps can be effectively adjusted for brightness, no flicker, pure light, high safety, long life, and can guarantee at least 50,000 hours of normal use. The manufacturing technology applied to the stage row lights of the Great Hall of the People won the silver medal of the 7th International Invention Exhibition in 2012.

Huang Anni, president of the company, introduced that since its establishment in 2008, the company has focused on the investment of high-precision equipment and the formation of research and development teams. It takes two years to carry out R&D, develops with quality, and thus gains access to this LED shingling industry. The right to speak.

According to the person in charge of the Economic Development Zone, Beiguang won the prestigious award, benefiting from the company's active role in the main body and consciously transforming and developing. At the same time, relevant departments of Haiyan County and Economic Development Zone have also formulated and implemented relevant supporting policies to guide enterprises to increase the technological content of technology and products.

Q1. What is the MOQ?
XDEC: 2000pcs for one model.
Q2. What is the delivery lead time?
XDEC: 15 days for normal orders, 10 days for urgent orders.
Q3. What are the payment methods?
XDEC: T/T, PayPal, Western Union, Money Gram.
Q4. Can you offer samples for testing?
XDEC: Yes, we offer free samples.
Q5. How soon can you send samples?
XDEC: We can send samples in 3-5 days.