Wang Xitian: Difficulties and Countermeasures in the LED Lighting Industry

June 26 17:04:38, 2019
The author recently interviewed Associate Professor Wang Xitian of Guangxi University. He is good at power supply design. In recent years, he has been actively involved in the design of LED power supplies, especially in the field of electroless capacitors. For the current difficulties and countermeasures of the LED lighting industry, Wang Xitian also has his own unique insights. 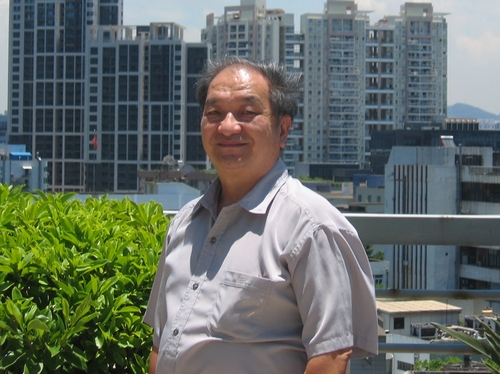 Wang Xitian particularly emphasized that this is only the result of using 80mm light-effect statistics per watt of domestic LED. Foreign countries have announced new LED products with 208 lumens per watt. Incandescent lamps have only 15-25 lm per watt low light efficiency, so replacing incandescent lamps with LED lamps is an inevitable trend.

LED industry chaos and hidden worry
LED lighting is developing at a high speed, but it is like a mess. For example, the life of a lamp is not as long as 30,000 hours. Wang Xitian believes that the problems faced by the industry must be solved from the following aspects:

1. Purchase LED units with higher luminous efficiency, and pay attention to the LED voltage and current data measured at 60 ?°C high temperature to filter. Selecting the LED with the same current is suitable for the series connection, and selecting the LED with the same voltage is suitable for the correlation. At present, the folk workshop-style LED lamp factory, if you do the 60?°C high-temperature screening after LED purchase, can confidently proceed to the next process, otherwise it will cause many quality problems.

4. LED luminaires are a combination of science and art, including the lighting "illuminance" (luxe units, such as 15 lux under the corridor lights, desk and church desktops need to be more than 60 lux). There is also the "color rendering" of "color temperature" and the need for optical requirements such as dimming to meet eye and psychological needs. For the above purposes, LED lamps themselves need to be considered in terms of power electronics and thermodynamics, and overall, there are cost constraints and volume requirements. Therefore, the LED industry is easy to get started, the threshold is not high, and it is easy to happen. When encountering the above-mentioned specific problems of art, optics, electricity and thermodynamics, there will be many gullies and shuffling once and for all.

Today's LED bulb orders often require a power factor of more than 0.9, and Wang Xitian does not agree with this requirement. Fluorescent electronic ballasts are widely used, forming a social consensus: the higher the power factor, the better. However, in order to increase the power factor, the cost has to be increased, which is unfavorable for both production and sales. In addition, the fluorescent lamp is a low-pressure arc discharge lamp, which is a light source with negative resistance characteristics, and is very prominent for the environmental protection (harmonic problem) and EMC problem of the power supply. However, the LED is a light source with positive resistance characteristics. The LED lamp itself does not have an EMC problem, and is only a constant current adaptive power supply for the LED service. If a switching power supply is used, the EMC problem occurs. The US power grid generally has an online harmonic compensation device, so there is no PF requirement for a 5W or less 5W LED bulb. Even if the LED bulb exceeds 5W, the threshold is reduced to only 0.7 or above. It is not necessary to add active power equal-quantity compensation APFC switching power supply (which will cause EMC problems), which is very beneficial to the reduction of production cost. This is the normative purpose of promoting the production and sales of LED bulbs.

"Electro-less capacitor solution" is promising
Now, the single LED factory manual, in addition to the luminous efficiency per watt lumen indicator, there is a very attractive long life, tens of thousands to more than 100,000 hours of long life before the light decay of 30. But in fact, some LED lights do not light up in a few days, and some LED street lights are not lit after a thunderstorm. Wang Xitian emphasized that power supply reliability is very important and can be explained by the "wooden barrel principle". Electrolytic capacitors are the least reliable wood strips! If you want to improve the reliability of LED bulbs, you must be determined to remove the most unreliable short board. This is the current LED light industry industry generally eager to "electroless capacitors LED power adapter" The reason for technical support.

Wang Xitian said that he recently noticed that Seoul Semiconductor of South Korea promoted an "AC LED", which is said to be without electrolytic capacitors. Unfortunately, no samples have been obtained so far, and it is impossible to prove whether it is really an electroless capacitor. In addition, many IC companies have introduced an IC solution that does not require much power, and does not require any components. Naturally, electrolytic capacitors are not needed. There are also some companies that are working hard to tackle the high-power LED light power adapter, and also claim that they do not need electrolytic capacitors and are accepting large orders.

In the case of vertical power electronics, electrolytic capacitors simply store peak charge for subsequent short-term discharge of stored charge. Therefore, the inductor can also store energy. China's nuclear fusion equipment needs to store very large energy. At the same time, it uses a€?superconducting energy storagea€? and a€?capacitor energy storagea€? as a supplement. The two basic schemes of power electronics, Boost, which has excellent effects in boosting, and BUCK, which has advantages in bucking, use high-frequency inductors as the energy storage core, supplemented by electrolytic capacitors. Smooth ripple. Wang Xitian believes that if the power electronics technology can achieve a sufficiently small ripple, then it is impossible to smooth the ripple without using electrolytic capacitors.

Limited to the patents of various companies, Wang Xitiana€?s solution for the a€?electroless capacitora€? high reliability LED power adapter is as follows:

(1) The multi-phase rectified output DC envelope is a low ripple and not zero solution.
(2) The frequency of the multiphase rectification high frequency is as high as possible (limited by the Shore diode delay and the synchronous rectification FET switch delay), the smoother the output DC envelope is, and the electrolytic capacitor is not needed.
(3) Single-phase AC rectification, the AC rectification combined with the same frequency as the AC power supply but with a phase shift of 90 degrees is also zero, and the non-electrolyte small capacitor can smooth the ripple.
(4) The three-phase harmonics injected into the circuit of the single-phase AC power switch (rather than the diode comb) also significantly reduce the ripple effect.
(5) It is engineering and practical to reverse the high frequency ripple with the transformer. Particularly suitable for high current load applications.
(6) The above (5) If the load current is not too large, and the ripple requirement is very strict, it may be followed by a low-dropout electronic filter. In principle, it can satisfy any user sensitive to ripple, but the cost is high. Efficiency is also affected.
(7) Power electronic negative feedback technology can reduce ripple.
(8) The above-mentioned (7) "digital active cancellation ripple" scheme with the same size and opposite direction of ripple generated by the single-chip microcomputer is one of the promising solutions.
(9) The electro-optical response of the LED is an advantage of the nanosecond (ns) level, and the delay characteristic of the retina of the human eye is used to drive with a pulse like a comb tooth in less than 0.1 millisecond (not less than 10 kHz). The LED emits light, and the human eye does not see the intermittent light, that is, the LED light flashes. This is a plan to further save power than DC LED lamps. Many units are working hard to solve the problem, which is one of the solutions that do not require electrolytic capacitors.
(10) Two LEDs are connected in reverse parallel with AC constant current AC lighting. Each LED lamp operates with a high-frequency half-wave illumination. The rest of the half-wave does not emit light or heat. In the future, after the LED is greatly reduced, it can be low. Cost implementation plan.

Finally, Wang Xitian summarized the difficulties and countermeasures of the LED industry.