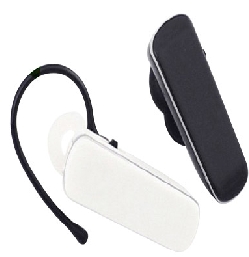 Google released the latest version of the Android operating system Android 4.3-Jelly Bean on the 24th, which supports Bluetooth Smart Ready technology, and released the new Nexus 7 tablet and Nexus 4 smartphones as the first devices to run the upgraded operating system. With the advent of Android 4.3, any Android smartphone or tablet equipped with a dual-mode Bluetooth chip will become a Bluetooth Smart Ready device, which can then be interconnected with other Bluetooth Smart devices to reduce energy consumption when computing and transmitting data. . This updated version allows developers to take full advantage of the new system and take advantage of the huge market opportunities for the new generation of Bluetooth Smart applications.

Suke Jawanda, chief marketing officer of Bluetooth SIG, said: a€?We have seen hundreds of Bluetooth products coming out this year, including home-auto locks, pedometers, fitness sensors, football, shoes, medical equipment, and even flowers. Pots and other products use ultra-low power Bluetooth Smart ultra-low power technology. This is only an initial stage, and we look forward to the possibility of the latest version of the Android platform and Bluetooth Smart Ready technology jointly created."

Steve Hegenderfer, director of the Bluetooth SIG developer program, said: "At the Google Developers Conference, when we announced the integration of Bluetooth Smart Ready, the atmosphere was so exciting that I believe there are many applications for Android consumers are currently under development. Our developer platform content includes tutorials, forums, quick start guides, and compilers for Android and other operating systems, hoping to help developers bring Bluetooth innovations to market faster."

Ultra Wide Band Technology, can Receive Warning Messages from other devices, for example Gas Detector, which make the operation more safe and confortable.