Reveal the development status and technical trends of industrial robots

In recent years, with the rising labor costs, the phenomenon of a€?machine substitutiona€? in the industrial sector has become widespread, and the industrial robot market and industry have gradually developed. Since the average wage of employed people in urban units in China has soared from 15,200 yuan 10 years ago to 56,399 yuan, under the pressure of high-cost labor, the use of industrial robots to transform intelligent manufacturing has become a development trend and one of the major strategies of China's manufacturing industry.

Industrial robots consist of mechanical parts, control systems, drive and drive systems, and sensor components. It is a multi-joint robot or multi-degree-of-freedom mechanical device used in the industrial field. It can automatically perform work and realize the design function by its own power and control ability. The main body of the robot is the base and the actuator, which mainly includes the arm, the wrist and the hand, and some have a running mechanism. Compatible with human command or in accordance with pre-programmed command procedures, advanced industrial robots can act according to the principles of artificial intelligence technology. 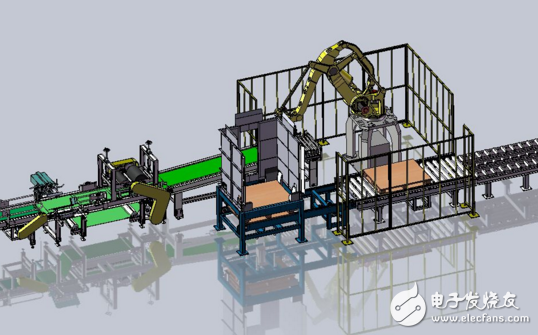 Since the advent of robots in the early 1960s, robotics has experienced continuous development and has achieved substantial progress and results. Mainly reflected in the following aspects:

(1) Increasing the automation degree of the production process The application of the robot is beneficial to improve the automation of material transfer, workpiece loading and unloading, tool change and machine assembly, thereby improving labor productivity, reducing production costs, and accelerating the mechanization of industrial production. The pace of automation.

(2) Improve working conditions and avoid personal accidents. In the occasions of high temperature, high pressure, low temperature, low pressure, dust, noise, odor, radioactive or other toxic pollution, and narrow working space, direct operation by personnel is dangerous or not at all. possible. The application robot can partially or completely replace the person to complete the work safely, greatly improving the working conditions of the worker. At the same time, in some operations with simple actions but repeated operations, the robot is used instead of the person to work, and personal accidents caused by operational fatigue or negligence can be avoided.

(3) Reducing manpower and facilitating rhythmic production application robots instead of people to work, which is a side of direct reduction of manpower, and because the application robot can work continuously, this is another aspect of reducing manpower. Therefore, robots are currently available on automated machine tools and integrated machining automated production lines to reduce manpower and more accurately control the production of beats, making it easy to produce rhythmically.

At present, there are more than one million industrial robots in the world working in various production sites; in non-manufacturing fields, up to space capsules, spacecraft, down to extreme environmental operations, daily life services, the application of robotics has been extended to the social economy. In many fields of development; in the traditional manufacturing field, industrial robots have become indispensable core automation equipment after birth, growth and maturity. 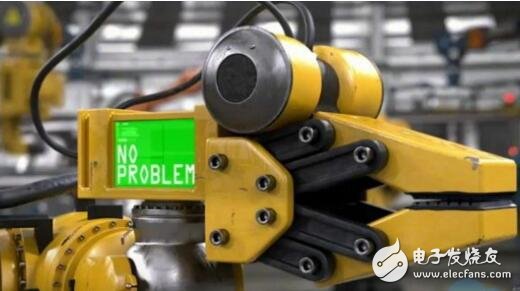 The basic functions of industrial robots in casting production include: taking out castings from the working area of a€?a€?the machine; moving the castings to the inspection position in turn, entering the cooling device; placing them in the die of the trimming machine; taking them away from the die, Dispense in a box; place the core in a cast sand mold and cast metal. Industrial robots used in foundry production should have a special structural form to prevent the effects of surrounding media; such as control cabinets, consoles, rails, and seals on friction surfaces, and the control system is placed in a separate unit. Industrial robots in foundry production are moving toward rapid and reliable operation.

The basic functions of industrial robots used in forging production include: clamping blanks from a specified position; moving to a working position; transferring from one position to another (including rotation); removing the finished part and placing it In the packaging box; pick and place waste; issue instructions to control the robot technology integrated device.

The basic functions performed by industrial robots for metal cutting machine tools include: installing previously oriented blanks in the machine tool workspace; removing parts from the machine and placing them in the package (reservoir); if necessary, flipping the parts, cleaning The reference surface of the part and fixture; the control device issues the process command; detects the part and so on. When an auxiliary device, a coordinate circulation table, a lifting platform, and the like are employed, the function of the industrial robot can be expanded.

Assembly operations include stacking, screwing, press fitting, riveting, bending, crimping, gluing, etc. In order to realize the operation of industrial robots, the basic functions must be realized: for example, the arm should be able to move linearly in the vertical direction; the robot structure must have a high enough rigidity along the vertical axis to withstand considerable effects in the assembly direction. Force; the robot has the possibility of compensating for positioning errors, that is, the flexibility of the structure, such as the flexibility of the structure on a plane perpendicular to the basic direction of the assembly; the working mechanism can perform high-speed motion. When considering the above basic functional requirements, the reasonable structure of the assembled industrial robot should be a working arm with a horizontally articulated working arm and a vertical stroke. The carrying capacity of industrial robots should not exceed the limit, and the robot should have a very flexible, large working space and a compact structure.

Similarly, in the field of industrial robot research, scholars are developing in the direction of fuzzy control, intelligence, generalization, standardization, modularization, high precision, network and self-improvement and repair capabilities.

(1) Fuzzy control and intelligence. Fuzzy control is the basic idea and theoretical control method of fuzzy mathematics. For complex systems, due to too many variables, it is difficult to describe the dynamics of the system correctly with traditional control models. In this case, fuzzy mathematics can be used to deal with these control problems. The future of robots is characterized by their higher intelligence. With the continuous development of high-tech such as computer technology, fuzzy control technology, expert system technology, artificial neural network technology and intelligent engineering technology, the working ability of industrial robots will be improved and developed.

(3) High refinement. With the increasing demand for robots in the manufacturing industry, the development of high-precision industrial robots is an inevitable development result.

(4) Networking. Most of the currently applied robots only implement simple network communication and control. How to make the robot develop from an independent system to a group system, so that remote operation monitoring, maintenance and remote control is one of the hotspots in robot research.

(5) Self-improvement and repair ability. Robots should have the ability to repair themselves in order to better avoid production stops due to unexpected situations. When an error occurs, you should make an alarm or debug yourself; when the component is damaged, you can repair it yourself.

The technical strength and the global gap are obvious

Among the top 15 global applicants, Japanese companies occupy 11 seats. It can be seen that Japan has strong R&D capabilities in the field of industrial robots, and its competitive advantage in patent technology is clearly ranked in the top 15 rankings of global patent applications. None of China's domestic patent applicants has been on the list, indicating that there is a clear gap in the technical strength between Chinese domestic companies and international giants.

It can be seen that the core components of China's industrial robots need to pay more patience and input in order to achieve breakthroughs in essence, especially the speed reducer. The greater the expectation, the greater the pressure, and the prospects are considerable.

In addition, with the industrial transformation and upgrading of China's industry, rising labor costs and the decline of robot production costs, robots are one of the key development targets during the a€?13th Five-Year Plana€? period, and the domestic robot industry is facing an accelerated growth inflection point. Compared with service robots and commercial robots, they are still in the exploration stage in the domestic market. Industrial robots have a certain development foundation and are now entering a stage of full popularization. It is estimated that by the end of 2021, the output of industrial robots in China will reach 111,500 units; the sales volume will reach 234,400 units and the number of units will reach 1,360,400 units. The future development potential of industrial robots in China will be considerable.

Battery safety is the critical factor that users consider when they are used for different applications. Because of the high reactivity of Lithium Battery, at the heart of each lithium battery pack is a BMS (battery management system) to ensure battery safety. UFO POWER has been in the lithium battery industry for more than ten years. We have our own R&D team and provide Standard BMS and Smart BMS to cater to your specific requirement.

What is a UFO BMS equipped with? 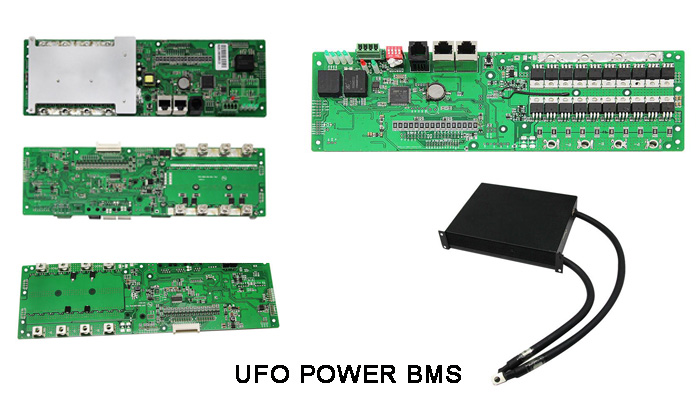 The Function of Communication Interface

a—? RS232 Communication Interface
BMS can communicate with the host computer through the RS232 interface, so as to monitor the battery information at the upper computer terminal, including battery voltage, current, temperature, state, SOC, SOH and battery production information, etc.