The main components of the mobile multimedia broadcast system architecture include the broadcast front end, broadcast TV programs and data services, which are aggregated together for broadcast through the program integration platform. Its transmission system mainly includes a satellite system and a ground conversion network: mainly satellite coverage, supplemented by a ground-reinforced network, covering all of China.

The United States began building an emergency broadcasting system as early as 1963. The original design goal was to provide the President with a means of communication that can quickly inform the people when the country is in an emergency. Later, with the joint efforts of the US Federal Communications Commission, the Federal Emergency Management Agency, and the National Meteorological Service, the emergency broadcast system was gradually improved and renamed the emergency warning system. In addition to the nationwide emergency warning, EAS can also be used in local emergency situations.

The Japan Meteorological Agency uses an earthquake early warning system, which detects the initial small-scale vibration of the earthquake (seismic longitudinal wave), predicts the epicenter and intensity of the earthquake, and issues an alarm to the public. The information that this system can predict includes the time and magnitude of the main and aftershocks. In this system, broadcast warning technology is used. The system can superimpose the alarm broadcast to the existing TV station and radio broadcast.

1.3 The development of emergency broadcasting in China

At present, China's emergency early warning broadcasting system is still in its infancy. On November 14, 2007, the State Administration of Radio, Film and Television issued "Mobile Multimedia Broadcasting Part 4: Emergency Broadcasting", which began on November 20, 2007. This shows that our country's emergency broadcasting has started from scratch and is gradually on track. The standard is guided by the "National General Emergency Plan for Public Emergencies" issued by the State Council, and is closely integrated with the CMMB technology system. important parts of.

1.4 The core technology of emergency broadcast protocol in CMMB standard 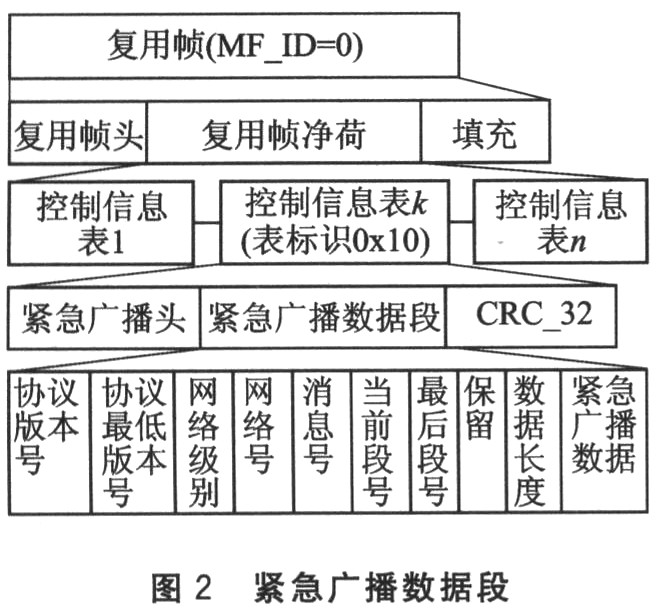 2 Design and implementation of EBP client on the terminal

The EBP (Emergeney Broadcasting Protocol) client is divided into the following four layers from parsing to presentation, as shown in FIG. 3. 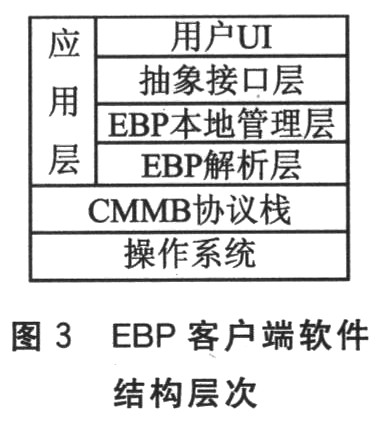 EBP parsing layer: It is mainly responsible for parsing emergency broadcast messages from the multiplex subframes with table identifier 0x10 in the time slot 0 (MF_ID = 0) provided by the CMMB protocol stack, and abstracting the corresponding data structures for the upper layer. This layer can be compiled into a library and can be left unmodified during migration.

Interface abstraction layer: According to the above two layers, a unified interface for the user UI layer is abstracted. All interfaces used by the user UI layer are provided through this layer and remain unchanged, which reduces the porting work of the user UI layer to a certain extent. User UI layer: mainly responsible for the presentation of emergency broadcast message data to users. For different terminals, such as mobile phones, game consoles, PDAs, car GPS, MP4 that support CMMB technology, the screen size, resolution, and supported UI system may be different. The main job is to transplant this layer. The abstract interface layer, EBP local management layer, and EBP analysis layer constitute the core of the EBP client.

a‘?EBP_Table: emergency broadcast table, corresponding to the format of the control information table with the table ID of 0x10 shown in FIG. 2, and the data preliminarily parsed in the parsing layer of FIG. 3 for the first time is stored in this structure.

a‘￥ EBP: the structure of the emergency broadcast message exposed to the local management layer, the encapsulation of EBP_MsgInfo, plus some attribute fields that the upper layer needs to use.

a‘|EBP_CURSOR: A data structure defined by the local management layer, which is used by the interface layer, and the response emergency broadcast message is accessed through this structure.

a‘￥int8_t ebp_getebp (EBP_CURSOR cur, EBP_MESSAGE * msg);
Function: Get the specific content of the emergency broadcast message corresponding to the cur cursor and fill it in the output parameter msg.

The main process of this EBP client is divided into the following steps:

a‘?Use the ebp_table_decoder interface to parse the emergency broadcast table to get 1 set of EBP_Table data.

a‘￠Use the ebp_message_decoder interface to further analyze the EBP_Table data to obtain a set of EBP_MessageInfo or EBP_TriggerInfo data, and check and delete the messages that have been received, and then encapsulate the newly received emergency broadcast message into the EBP structure and add it to the received EBP chain on.

a‘￡The core layer of the EBP client sends an EBP_RECEIVE_OK (if failed in the first three steps: EBP_RECEIVE_TIMEOUT) message to the user UI layer. 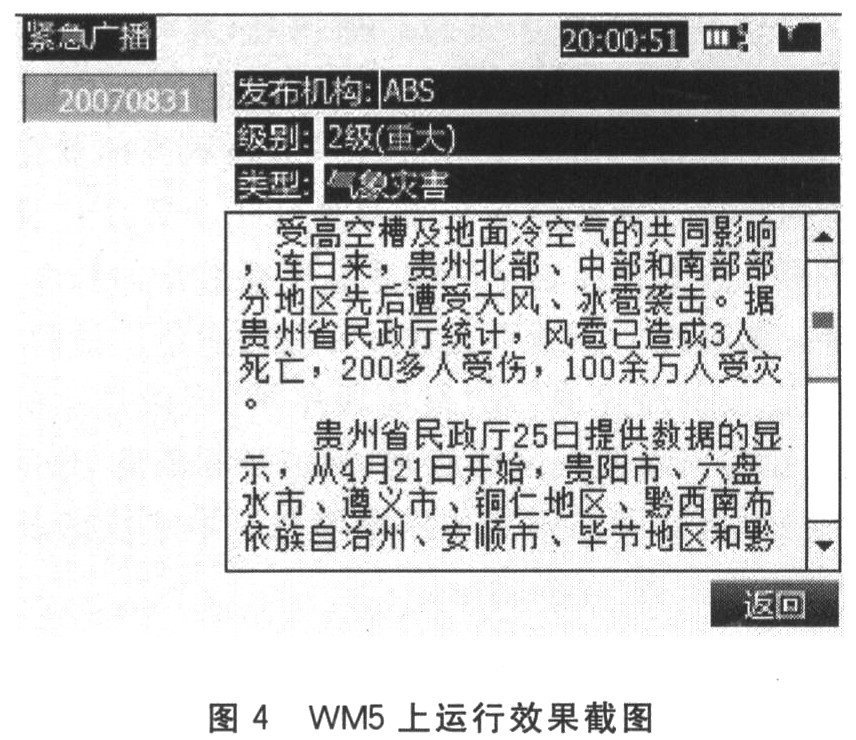 (5) Discussion on reducing the client workload

The big difference between embedded software development and PC software development is that embedded software design must consider the differences of the target machine, such as different screen sizes, different resolutions, different hardware interfaces, different GUI systems, and even different operating systems. If the design of this EBP client software does not consider the factors that are easy to transplant, then the adaptation of these mobile phones, game consoles, PDAs, car GPS, MP4 that are suitable for CMMB technology will require a very large amount of work. Taking this factor into account, this client has done the following two tasks to simplify the migration.

a‘? The decoupling of logic and GUI, which is the separation of the core layer and the UI layer shown in Figure 3. The responsibility of the core layer is to manage the reception, analysis, and local management of emergency broadcast messages. The responsibility of the UI layer is to listen to the EBP_RECEIVE_OK message sent by the core layer. After receiving the message, use the three interfaces ebp_create_cursor, ebp_get_nextcur, and ebp_getebp provided by the interface layer to access the received emergency broadcast data like using an iterator. One of the advantages is that when the client is transplanted between terminals supporting the same GUI system, no migration work is required at the user UI layer. The second advantage is that this layer uses EBP_CURSOR (the current version definition is typedefvoid_t * CMMB_EBP_CURSOR;) to access the top-level data, if the data structure used by the core layer changes in the future, such as "typedef int CMMB_EBP_CURSOR;", that is, the storage of emergency broadcast messages is changed by the linked list As an array, this layer does not need to make any changes.

a‘?Layering in the core layer. The reason why the core layer is divided into 3 layers is that the interface abstraction layer and the EBP parsing layer can remain unchanged during the migration process, and the local management layer may have to modify the specific operations because of the different file systems during the migration process. So extract this layer in the core layer, and only need to pay attention to this layer when porting the client core layer. The purpose of separating the EBP parsing layer from the interface layer is to only expose the interface and data structure of the interface layer to the user UI layer, so that the content of concern is limited to the data structure that they need. Problems that may change due to structural adjustments. In this way, if a third party implements the user UI layer, its development can be simplified.

In the initial prototype design, this layered structure was not adopted, but the logic and GUI were mixed together. When transplanted to different platforms, it was found that the increased workload was very large and extremely error-prone. So I decided to take refactoring before transplanting. The structure after refactoring is the design architecture described in this article, and the subsequent transplanting workload is very small and very simple. This design makes the author feel the benefits of this idea of a€?a€?separating logic from UI.

The receiving process of this client is background receiving, and the running effect is shown in Figure 4. This figure is run on a Windows Mobile5 mobile phone that supports CMMB and is obtained by taking a screenshot with the SuperSnap tool. The label on the left indicates the time to receive the emergency broadcast message. You can switch the content on the right to view the specific emergency broadcast message through the label. The test data used is the CMMBMFS test sample code stream on the China Digital TV Forum.

The above design and implementation fully consider the two major factors of space and efficiency. By comparing with other products on the market, the system can run smoothly on mobile devices with smaller storage space and slower processing speed, which has achieved Satisfactory results.

The EBP client program in this design can successfully receive emergency broadcast messages sent by multiple frequency points in the CMMB network, and the client has a certain key robustness, which can be made suitable for CMMB technology through less porting workload Mobile phones, game consoles, PDAs, car GPS, MP4, achieved the expected purpose. I believe that as the CMMB network matures, the emergency broadcast application of the CMMB standard will inevitably play an important role in disaster warning in China.

A Cabin Air Filter is an air purification filter, sometimes called a [micro cabin Air Filter" or [in-cabin microfilter," designed to remove the microscopic dust, allergens, pollutants and other particles that come into the passenger cabin of your vehicle through its air vents. In addition to making the air in the interior of your car unpleasant and unhealthy, a dirty cabin air filter, clogged with dirt, dust, smelly mold and allergens, can also impact the performance of your defroster, heating and AC.