September 10 03:03:43, 2019
On December 7th, Intersolar, the world-renowned exhibition for the solar energy industry, came to China for the first time. The atmosphere at the scene was rated by some exhibitors as a€?as cold as the weather in Beijing today.a€?

The exhibition hall located at the National Convention Center was small, with fewer than 100 exhibitors, and the domestic photovoltaic module makers were even more absent. a€?It really is the winter of the industry.a€? An exhibitor lamented Caixina€?s a€?New Centurya€?. a€?But we have a good sales this year.a€?

The days are "good", and they are equipment manufacturers that produce photovoltaic inverters. This is almost the winter of this round of industry, the only sunlit area. Benefiting from the decline in component prices and the introduction of domestic benchmark electricity prices, photovoltaic inverters, as the core power conditioning devices for photovoltaic systems, are enjoying the benefits brought by the domestic market.

The emergence of photovoltaic inverters in the domestic market is well-accepted, but its function is very simple: convert the direct current generated by photovoltaics into alternating current, and thus connect to the grid system or load.

Photovoltaic inverters can stand alone and have their own intrinsic reasons - it is not in the polysilicon industry chain, but an application of power electronic equipment in the photovoltaic field. This round of polysilicon photovoltaic product prices did not hurt the inverter industry. a€?Our sales revenue for this year is still increasing. The price of photovoltaic modules is so low. We have a 1.15 yuan guaranteed bottom price. The owner power station is built much more. We sell much more.a€? Anhui Yuhe New Energy Technology Co., Ltd. ( Zhu Yang, the regional manager of Yan and New Energy, told Caixina€?s a€?New Centurya€? reporter at the Intersolar exhibition.

Capital also saw opportunities in it. A venture capitalist in the clean energy industry once told Caixina€?s a€?New Centurya€? reporter: a€?Investment opportunities in the solar market are a matter of opinion. For example, inverters and micro-inverters have attracted a lot of attention and can be invested. a€?

According to the research report of Solarbuzz, the actual amount of PV market in China will exceed 1.6GW in 2011, which is more than 230% higher than that in 2010. The implementation of the on-grid tariff subsidy policy is considered to promote the explosive growth of China's PV projects. In Qinghai and other places, the on-grid tariff of 1.15 yuan/kWh has already brought about 10% or more internal rate of return to some power stations. For the domestic new installed capacity in 2012, the consensus forecast in the industry is 2.5GW-3GW, and there are optimists who have raised the figure to more than 5GW.

Because of the use of the product, where is the installation, where is the inverter market? Sunshine Power (33.400, 0.00, 0.00%) (300274.SZ) is currently the largest supplier of photovoltaic inverters in China. Its operating income reached 292 million yuan in the first half of this year, an increase of 65.63% over the same period of 2010, and its domestic market share Nearly 80%. A research report of Everbright Securities (10.64,0.00,0.00%) predicts that by 2015, the domestic photovoltaic inverter market will exceed 5 billion yuan.

"This industry has already begun to be abused."

Although the market seems to be on the rise, concerns have arisen.

A person who has worked in the inverter industry for nine years told Caixina€?s a€?New Centurya€? reporter that the domestic inverter market has been over-produced. a€?Indiscriminately because the photovoltaic inverter market is a mixed bag, and the sand and sediment are all down. There are many companies in China that have never heard of N. Many of them are companies that have just been established. Buy a ready-made program. How can such companies guarantee quality and service?"

How many companies currently produce photovoltaic inverters in China? According to statistics from the National Quality Certification Center, about 53 companies have passed their certification. According to statistics, there are currently a total of 135 PV inverter manufacturers in China, the vast majority of which have entered this field since 2007, and some are still in pre-research and prototype production stages.

One of the important reasons why there are so many new visitors is that the technical threshold is not high. The principle technology of photovoltaic inverters is essentially different from the power electronics technology used in general power supplies. A UPS (Uninterrupted Power Supply) industry source told Caixina€?s a€?New Centurya€? reporter that there are even undergraduate graduates who have worked in the power industry for only five years, and jumped to a small inverter manufacturer as a technical director.

Companies such as KSTAR and Delta have entered the inverter field with the previous UPS production experience. Large-scale integrated electrical industrial groups such as Siemens, Schneider, and Nuri Group also came in. Huawei (Weibo) is also recruiting talents to carry out pre-research and development of photovoltaic inverter industry. "Huawei is very clear that this line is in the end the ability to market channels, as well as the cash flow behind." A person who had contacted his photovoltaic inverter business said.

In the current market, Sunshine Power, Nanjing Guanya and other companies rely on years of experience and channels accumulated in the industry. XJ Electric (22.48, 0.00, 0.00%) (000400.SZ), NARI and other companies have Abundant resources accumulated in the power sector. However, in the survey conducted by brokers in last month's acceptance of securities companies, Sunpower executives said that it is more frightening than the fact that large companies form monopolies in the industry that the products are a€?shanzhaia€?. a€?The industry needs someone to be professional, to concentrate, to make a difference, and to grow. , strong, fast, especially the rapid update of products."

In 2011, the domestic PV inverter production capacity is approximately 3.3 GW, and the global production capacity will exceed 55 GW. Together with the expansion expectation, the oversupply of the entire industry is likely to exist for a long time. At present, the utilization rate of the entire industry is about 40%. According to IMS Research's research report, the global photovoltaic inverter market experienced a year-on-year decline of more than 20% in the third quarter of this year, and the large international companies that had reduced the original market also turned their attention to China. After the market and technical preparation period, photovoltaic inverters will usher in real competition - will it be like photovoltaic components, everyone will embrace them, and eventually die, forming a new pattern?

Many industry professionals interviewed gave affirmative answers. In terms of price, Sunlight's average price of its products in the first half of this year has fallen by about 20% year-on-year. By the second half of the year, the price of high-power transformerless inverters has fallen to around RMB 0.8/watt, a further drop of 10% from the first half of the year. , GF Securities (23.22, 0.00, 0.00%) Analyst Han Ling predicted that next year's inverter market prices fell by about 10% -15%.

Changes in the market structure may not take too long. Everbright Securities believes that 2012-2013 will be the window for industry reshuffle, and many smaller companies will gradually withdraw from the industry.

The challenge of countercurrents The PV Magazine of November this year is still fortunate, because there is not a large number of Chinese companies entering the global inverter market, and this sector can maintain a high profit margin. Then, will the Chinese industry, which has become a mixed bag, soon be a headache for competitors around the world?

Just four years after the creation of new energy sources, Yu and New Energy began appearing at European trade shows last year. In February this year, they declared that they were among the top five inverter manufacturers in the world. However, in July of this year, the European Photovoltaic magazine a€?Photona€? evaluated two inverter products of Plutonium and New Energy. The results were disappointinga€”the conversion efficiency was significantly lower than the parameters provided by the manufacturers, unstable, and frequent errors occurred. .

Chinese companies have ambitions, but it is difficult because it is not a battery, but an electrical device. More and more Chinese project owners and system integrators have begun to enter overseas markets. They may prefer to choose domestic products because domestic inverter prices are about 60% lower, but at least at present, overseas power station projects are rare. Use domestic inverters. Cao Yu, Frost & Sullivan Energy Power Consulting Manager, said: "On the foreign market, quality is the first vitality, and domestic products still have a long way to go in this regard."

On November 9th, the a€?Interim Provisions on the Grid Management of Photovoltaic Power Plants in Northwest Chinaa€? issued by the Northwest Electric Regulatory Bureau, a€?The PV inverter must have low voltage ride-through capability to ensure that the grid voltage is as low as 20% for 1 second without interruption. Sunlight Power said in a survey that in October the State Grid Corporation conducted a low-voltage ride-through test for all solar power plants. "Many small and medium-sized enterprises have fallen."

The challenge also comes from the industry chain. The capabilities of domestic PV inverter manufacturers mainly consist of architecture and parameter design, and most of the production materials need to be purchased externally. Among them, high-power semiconductor devices such as IGBT (Insulated Gate Bipolar Transistor) modules rely on a few manufacturers such as Infineon, SEMIKRON, and Fuji. "Because of strong demand, companies such as Infineon are very strong, at least six months in advance." Cao Yong told Caixin "New Century" reporter, in his view, the stable and adequate supply of upstream is the inverter companies have to face One of the big problems is that "the more basic components are tested, the more localized they have been shouting for so many years.

In the face of power plant project owners dominated by the five major power generation groups, the bargaining power of inverter companies is also not strong. Sunlight Power sells 400MW of equipment to China Guangdong Nuclear Power this year, accounting for half of the annual shipments. Relying on a single customer in this way is likely to encounter challenges on account issues and other issues. 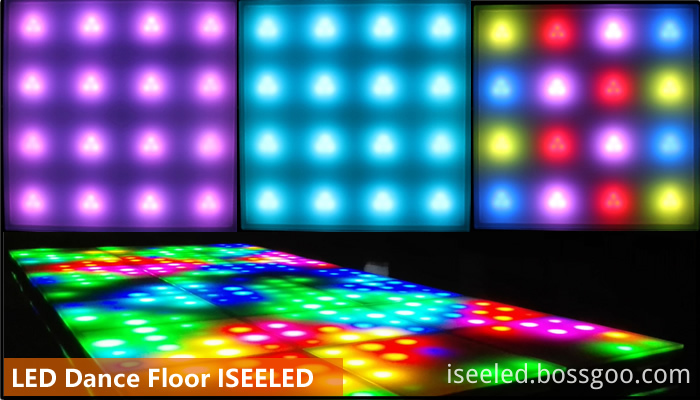