It has launched its first UV-LED-based water disinfection system called a€?pearlaquaa€? and has begun selling their products to the global market. Through this acquisition, the market layout of the deep UV LED business will be accelerated.

As a professional-level market segment for LEDs, the popularization of deep-UV LEDs is accelerating.

A new generation of cutting-edge technology "deep-UV LED" releases light that is bactericidal and invisible to the naked eye. This bactericidal light is called deep ultraviolet light.

For example, Hongli Zhihui (300219) and Guoxing Optoelectronics (002449), well-known domestic packaging companies, have entered the deep ultraviolet field and made achievements.

As early as 2014, Hongli Zhihui announced its involvement in the field of deep-UV LED packaging and established a professional microbiology laboratory. From the spring of 2015, it began mass production of deep-UV LEDs with an emission wavelength of 255-350 nm.

a€?At present, the domestic market deep-UV LED has not been applied on a large scale, and the products are mainly from South Korea and Japan. Taking the 3535 package product as an example, the typical output is 2mw 280nm, and its price has continued to drop from several hundred, and is currently stable at 40,000- 50000 yuan / k." According to the head of the Hongli Zhihui UV business unit.

Liang Lifang, deputy director of Guoxing Optoelectronics R&D Center, said, a€?Deep-UV LEDs are still in the early stage of industry development and the price is relatively high. With the continuous maturity of technology and large-scale production, the decline in deep UV LED prices is only a matter of time.a€?

"It can be said that the modularization trend of the packaging factory is imperative. In addition to considering the light output, there are also a series of problems such as structure, heat treatment, and bactericidal effect evaluation. There is still a long way for deep ultraviolet to be industrialized, so the mold The group research needs to be carried out in advance.a€? The head of the Hongli Zhihui UV Business Unit said to Gaogong LED.

As the global market is based on the accelerated integration and development of the deep-UV LED application market, it is an irreversible trend for domestic LED companies to enter a segment with higher profit margins. It is believed that more manufacturers will enter the UV LED market. .

At present, deep-UV LEDs are also resource-based products. From the perspective of driving sales, it is necessary to extend downstream, which can greatly increase the sales of enterprises. Secondly, in the long run, it is necessary for the packaging factory to enter the downstream application market.

Because the application of deep ultraviolet rays is very extensive, many applications are still limited now. It is likely to create some unique applications in the downstream, occupying the market and becoming a long-term profit growth point for enterprises.

As UV LED related equipment matures and the supply chain continues to improve, UV LEDs will become the light of the future.

STF164 Series Alternator Suppliers
The insulation system is class 'H'.
All wound components are impregnated with materials and processes designed specifically to provide the high build
required for static windings and the high mechanical strength required for rotating components.
WINDINGS & ELECTRICAL PERFORMANCE
All generator stators are wound to 2/3 pitch. This eliminates triple (3rd,9th,15th) harmonics on the voltage waveform
and is found to be the optimum design for trouble-free supply of non-linear loads. The 2/3 pitch design avoids
excessive neutral currents sometimes seen with higher winding pitches, when in parallel with the mains. A fully
connected damper winding reduces oscillations during paralleling. This winding, with the 2/3 pitch and carefully 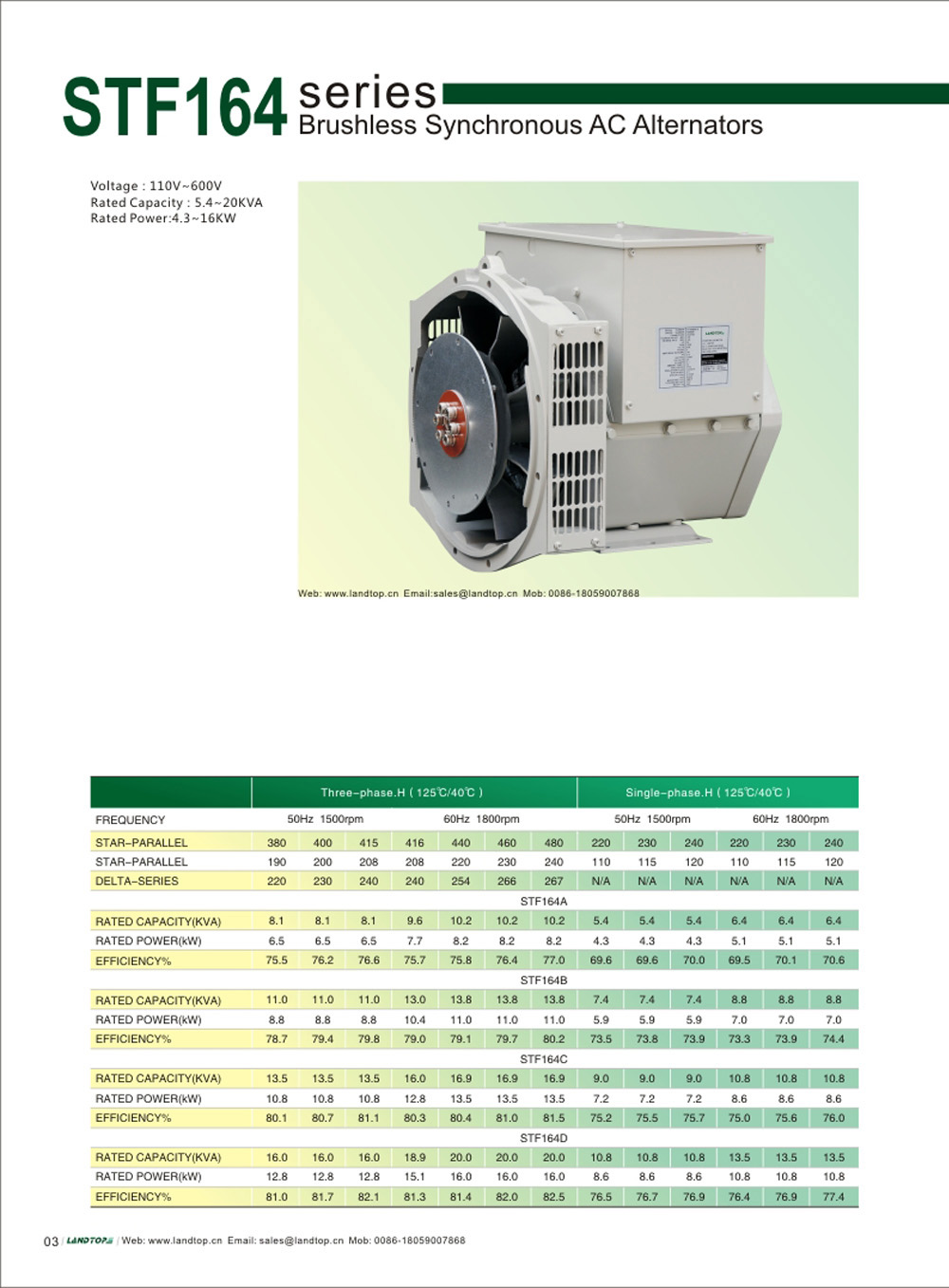 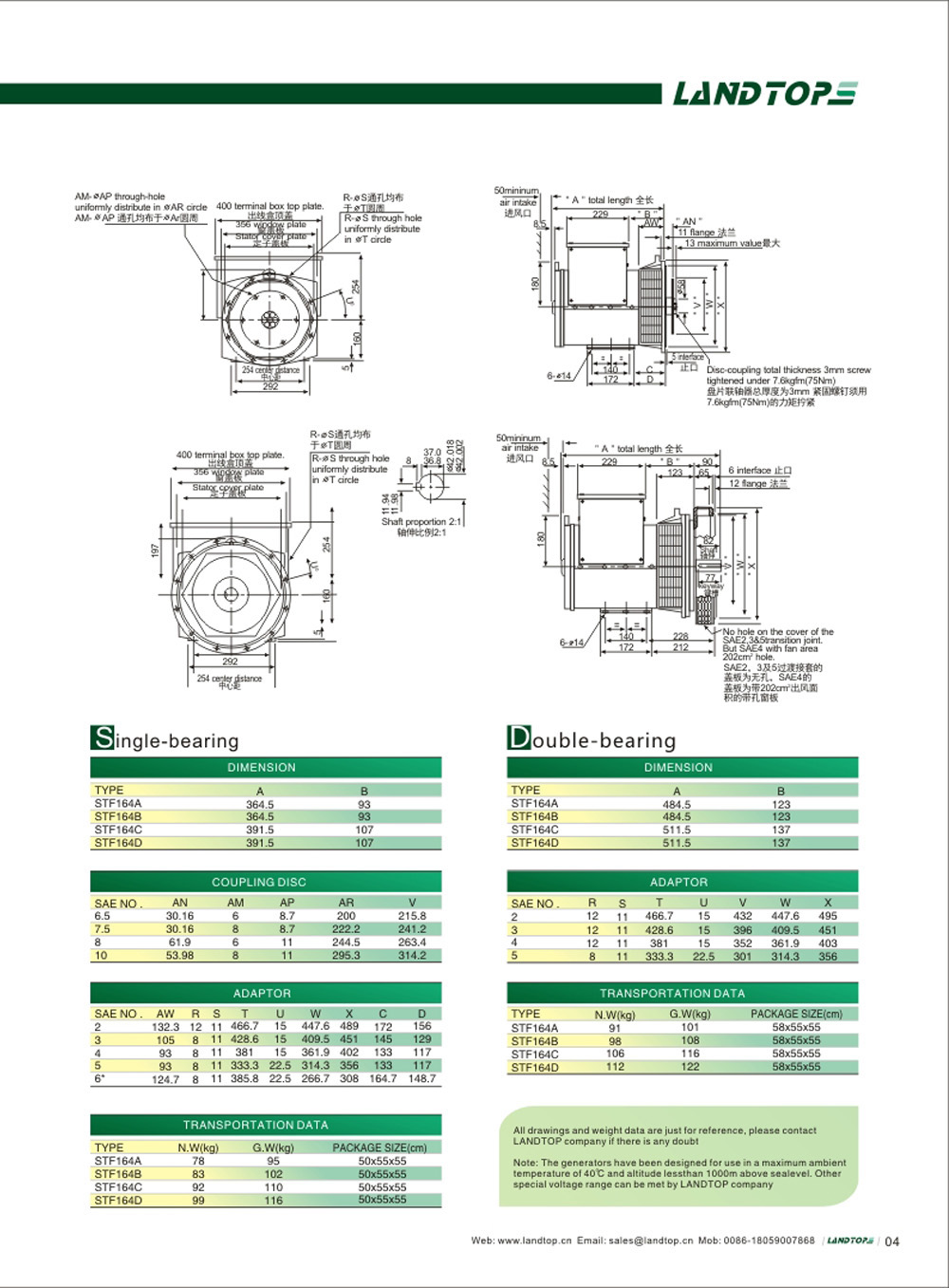