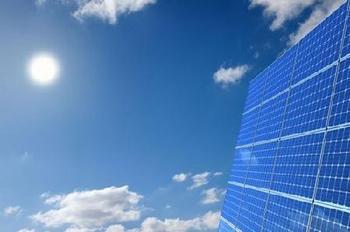 The power industry obtains electric energy as a premium secondary energy source by consuming disposable energy such as coal and petroleum, renewable energy such as water and wind, and nuclear energy. Since energy is an indispensable and important material for all social activities of mankind, the power industry, like industries such as coal and petroleum, is a basic industry that provides basic energy and goods to the national economy and to the society.

The electric power industry is one of the earlier and more in-depth applications of the application of information technology. The planning, infrastructure, power generation, transmission, and power supply of power systems all have application of information technology. The informationization of power companies includes the automation of production processes and information management. The first step to achieve enterprise informatization is to realize the automation of the company's production process, and to directly collect online production information through the production line of computer automatic control systems, such as the power company's power plant control, substation control, etc. The construction of this system is generally in conjunction with power plants and substations. Simultaneously, the construction was synchronized and the funds were set aside directly from the construction funds.

From the use of the first computer, the informatization of power companies is about to go through half a century. With the continuous deepening of the reform of the power industry system, power companies have also continuously increased their requirements for informationization. From the development stage, the power informationization has gone through three phases and is currently in the transitional period between the third and fourth phases.

In the initial stage, the power information is more basic, mainly for the power companies to use IT to lay the foundation, including the establishment of the basic local area network, the popularization of the use of computers, and the initial system development for some simple applications.

In the intermediate stage, all branches of the enterprise have established corresponding information centers, and the core enterprise backbone network has also been completed. There is also a professional business system support for dispatching production and marketing related professional fields. At this time, the power informationization has already met the basic needs of the power companies.

With the maturation and application of new technologies such as cloud computing, big data, and internet of things, intelligence has become an irresistible trend, and power informatization has also begun to change from the third stage to the fourth stage, that is, from centralized platform construction to intelligentization. In the transitional phase of stage development, the application of new technologies such as big data and cloud computing is the main feature of comprehensively enhancing the efficiency of each system through intelligentization.

From 2011 to 2015, with the implementation of the a€?Strong Smart Grida€? construction plan of the State Grid Corporation of China, the emergence of emerging applications, and the promotion of product replacement requirements, the scale of investment in power informatization will continue to grow rapidly.

From the perspective of the investment structure of the information technology in the power industry, the share of power grid companies in 2009 was 57%, and that of power generation companies was 43%. The demand for information technology investment in both areas is very strong. In particular, with the rapid decline in coal prices in recent years, the operating status of thermal power companies has greatly improved, and the pace of investment in information technology has also accelerated, bringing about rapid growth in the demand for power generation. The informatization demands of the grid side and the power generation side have been further developed along with the application of various new technologies. After the SG-186 project on the power grid side, the main driving forces are SG-ERP and strong smart grid construction, while the power generation side is based on the Group. The management and control platform construction is an opportunity to use the big data to embrace the era of the industrial Internet and to improve the optimization of automation and information systems in order to significantly reduce operating costs.