Photovoltaic industry or will face a more violent shuffle 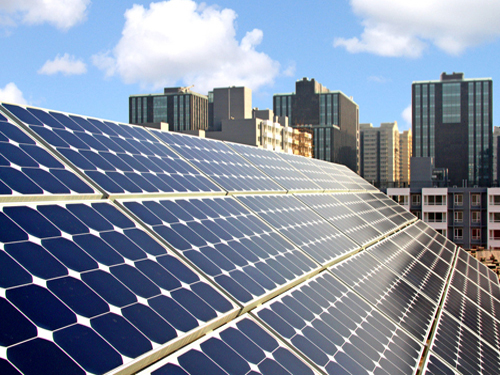 With the final release of the a€?Several Opinions of the State Council on Accelerating the Healthy Development of the Photovoltaic Industrya€? (hereinafter referred to as the "Opinions"), and the Joint Statement on the Price Agreement on the Dispute over China's Export of Photovoltaic Products to China (hereinafter referred to as the "Declaration"). According to the release, China's photovoltaic industry, which is already in the integration phase, will usher in a deeper and more violent reshuffle.

As far as polysilicon is concerned, with the continuous improvement of domestic industry concentration, the industrial layout will gradually become more reasonable. In the first half of 2013, there were only eight polysilicon enterprises still maintaining production, of which only one from Jiangsu Zhongneng reached 21,900 tons, accounting for approximately 71% of the country's total production, and the degree of industrial concentration was gradually increasing. However, nearly 80% of the polysilicon enterprises have stopped production, and some of them have stopped production for nearly 2 years. Affected by the scale of production, aging equipment, personnel loss and future price expectations, these companies are expected to be phased out gradually. The enterprises that are still under construction are mainly distributed in regions with low power costs such as Xinjiang, Inner Mongolia and Qinghai. These regions will become important destinations for the transfer of polysilicon industries due to their advantages in energy resources.

As far as the components of the battery are concerned, the shipment of key enterprises in China continues to increase, and the degree of industrial concentration is expected to increase further. According to data from the China Photovoltaic Industry Alliance, shipments of major battery module companies in China have increased at different levels year-on-year in the first half of this year, and shipments of only seven battery module companies listed in the United States have exceeded 5GW, accounting for approximately the entire country. 45% of the production, and the company's full-year forecast for year-on-year shipments has increased significantly.

These companies are strengthening their market position with their advantages in scale, channels, and brands. In contrast, some companies with weak competition, such as Wuxi Suntech and Henderson Solar, have been restructured through bankruptcy.

Internal and external acceleration due to integration

The process of reshuffling the domestic photovoltaic industry will be accelerated under the dual promotion of the "Opinions" and the "Declaration."

On the one hand, the "Opinions" clearly stated that they will "use the market to force mechanisms to encourage mergers and reorganizations." The various supporting documents to be issued by each ministries and commissions will also focus on the development of polysilicon and photovoltaic cell manufacturing companies with a high level of support for key technologies and strong market competitiveness, cultivating and forming a batch of integrated low energy consumption, low material consumption, and The starting point of the international competitiveness of polysilicon manufacturing companies and photovoltaic cell manufacturing companies with strong R&D capability, independent intellectual property rights and brand advantages, and the focus on supporting superior resources to support leading companies to become bigger and stronger.

After the extensive development of China's photovoltaic industry over the past few years, the biggest problem at present is that the overcapacity and the level of the company are uneven. Under this circumstance, it is natural for a traditional industry to spontaneously implement the merger and reorganization of disadvantaged companies by dominant companies, but it is difficult for the photovoltaic industry to realize. Because with the rapid development of industries in the past few years, large companies have already expanded their production capacity to saturation, and there is no need for mergers and reorganizations to increase production scale. At the same time, the production technology and technical level of the general SMEs are relatively backward, so the implementation Mergers and reorganizations are largely unprofitable for large companies.

Therefore, if the merger and reorganization of the photovoltaic industry is promoted in accordance with the principle of marketization, it is obviously insufficient. However, the "Opinions" also mentioned: "We must unwaveringly promote the sustained and healthy development of the photovoltaic industry." Then, it is clear that even photovoltaic companies that are temporarily experiencing operating difficulties but still have potential for development will survive in the "winter". . To this end, the basic principle of current mergers and reorganizations is that under the background of vigorously expanding the domestic application market, the central government will give decision-making power to local governments by simply delegating power, and local governments can rely on decentralized photovoltaic power plant project approval rights, The enthusiasm of the dominant companies for mergers and reorganizations.

At present, it seems that this kind of a€?plus-plusa€? trading model has already achieved initial results, and many dying PV companies have thus regained their vitality. Many companies, including Beijing Express and Ai Kang Science and Technology Inc., were involved in the development of downstream power stations from the upstream manufacturing industry. They first acquired shares of photovoltaic companies that were already in a loss situation in some places, and then signed power plants with the local government of the company. The development agreement eventually achieved a win-win situation.

On the other hand, the China-EU dispute on photovoltaic trade has reached a final commitment plan with a€?export volume and price limitsa€?. On July 27th, five industry organizations such as the China Chamber of Commerce for Import and Export of Machinery and Electronic Products issued a statement, which means that the Sino-European photovoltaic dispute, the largest trade dispute in the history of Sino-European trade, has undergone "tremendial transformation" after arduous and meticulous negotiations between the two sides, and reached a final The price promise program. According to estimates, in general, China's photovoltaic companies can maintain 60% of the EU's market share.

The a€?Statementa€? did not mention the level of commitment to the quantity and price of PV products for export to the EU, but the relevant parties have made it clear that how the quota of export quantity is distributed among domestic enterprises is still in the research stage. Obviously, under the background that there is no fundamental change in the overcapacity, the restriction on the number of exports will cause more fierce competition among enterprises, and there will be no suspense for small companies to give up market share, and large enterprises will inevitably produce new games. The new round of reshuffle of the domestic photovoltaic industry is about to open.

The vice-general manager of Jiangsu Zhongneng Silicon Technology Development Co., Ltd. Lu Jinbiao is expected to resume its production of polysilicon in Europe, the United States and South Korea. After the poly-silicon "double reverse" ruling, the domestic polysilicon supply share will be significantly increased to more than two-thirds of the domestic polysilicon enterprises. At present, there are 4 companies in production that will increase production capacity and achieve full production. No more than 10 companies in the country with a total capacity of nearly 120,000 tons and upstream and downstream polysilicon enterprises will resume production to ensure that China's polysilicon supply exceeds 2013 year 2011.

At the same time, import long-term orders will be gradually canceled, and the implementation of spot transactions with stable supply relationships but accompanied prices will be implemented. In addition to upstream and downstream supporting companies, only a few polysilicon manufacturers will establish relatively stable supply relationships with key PV companies. The relevant agencies predict that the polysilicon market price will rebound to more than US$20/kg in the second half of 2013 and gradually move closer to US$25/kg.

How to effectively promote the a€?removal of production capacitya€? in the photovoltaic industry? There are four suggestions: First, a€?digest a batcha€?, continue to expand the scale of the domestic market, and strengthen the development of emerging markets while consolidating the traditional market; second is a€?integration of a batcha€?, Through fiscal and taxation policy guidance and financial policy support, we will accelerate the merger and reorganization of enterprises and promote industrial agglomeration. Third, we will a€?transfer a batcha€? and implement the strategies of a€?bringing ina€? and a€?going outa€? to encourage PV companies to innovate in international trade methods. Cooperation in investment and production is carried out; the fourth is to a€?eliminate a batch ofa€?, and through the implementation of photovoltaic specification conditions, establish industry benchmarks, and guide social resources to move closer to dominant enterprises. For companies that fail to meet the standards, they are eliminated through the market forcing mechanisms.

Fuji Cylinder is in stock, all the products will be original and new, will be checked before delivery.