One flat OLPC tablet for each child debuts this year 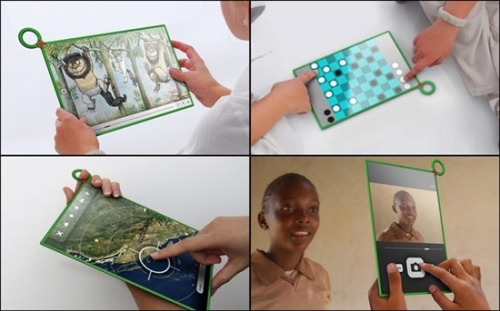 Remember the One Laptop Per Child's $100 laptop plan? As early as in 2009 when they vigorously promoted the $100 notebook, the tablet was included in the future development plan. However, the OLPC tablet has not been available for various reasons such as cost control. However, it looks like the time has come to mature in 2012. Perhaps we will soon see the children of the developing countries working on a tablet.

OLPC has announced that the XO tablet will land at CES next week and will enter the mass production stage. The tablet is equipped with Marvell's Armada PXA618 SOC on-chip processor, with 512MB of RAM memory, using PixelQi 1024 x 768 8-inch screen, the operating system will be Android or OLPC organize their own Sugar operating system (a specially customized Linux version).

It is reported that the pricing of this tablet will be the same as the price of the previous series - 100 US dollars, to ensure that people's burden. However, ordinary consumers can not buy this tablet alone, because it is only sold in batches to the governments of developing countries.