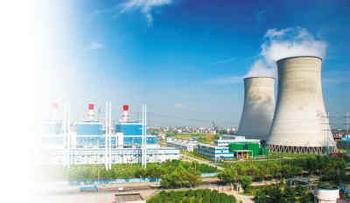 It is reported that the National Development and Reform Commission recently issued the "Circular on Relevant Matters Relating to Adjusting the On-grid Price of Power Generating Enterprises." The on-grid tariffs in Jiangsu, Zhejiang, Tianjin, and other provinces have all been lowered, and the reduction ranged from 0.9 cents/kWh to 2.5 cents/kWh. In between, it is estimated that the average reduction in on-grid on-grid electricity prices in the country is expected to be around 1.2 cents/kWh, and the impact on the profits of the power industry will be about 50 billion yuan.

The a€?Noticea€? also stipulates that on-grid tariff reduction, on the basis of denitrification compliance and approved by the environmental protection department for coal-fired power generation enterprises, the on-grid tariff will increase by 1 cent per kilowatt-hour; the use of new technologies for dust removal, low dust emission concentrations At 30m g/m 3 (lower than 20m g/m 3 in key areas) and acceptance by the environmental protection department, coal-fired power generation companies will increase the on-grid tariff by 0.2 cents per kilowatt hour; in addition, Shanghai, Jiangsu and Zhejiang provinces will be correspondingly increased. (District, City) Natural gas power generation feed-in tariff, the specific price adjustment standard shall be formulated by the provincial-level price authority.

Once the policy was introduced, it again triggered the call for thermal power companies to "lose their losses." In this regard, CBI Research believes that the current operating status of power companies has significantly improved compared with previous years, and it is basically impossible to lose money again. It is more dissatisfaction with profit shrinkage. According to relevant data, in 2012, with the long-term sharp drop in coal prices, thermal power industry profits have expanded five times from 2011 to a level of 100 billion yuan. From this year's data, the coal market continues its downward trend in the previous period. In the whole year, the profits of thermal power companies will expand again to reach 200 billion yuan, so the profit loss of 40-50 billion yuan is not enough to affect the operating status of power companies.

In addition to profit-taking, there is also an expected factor for the power company to a€?lose moneya€?. The NDRC adjusted the on-grid electricity price of the thermal power generation in the name of expanding renewable energy and promoting environmental protection. It did not mention the a€?coal and electricity linkage mechanisma€? formulated at the beginning of the year. According to the current situation of the coal market, by the end of this year, when the a€?coal power and electricity linkagea€? price adjustment window is reached, the decline in the price of coal exceeding the critical value of 5% has become inevitable. Therefore, after a short period of 2 months, it is very likely that the on-grid tariffs will face another downward adjustment and the adjustment will be even larger than this time.

In this context, although the power companies are not likely to lose money again, the suppression of the coal market will gradually emerge. With the deceleration of the domestic economic growth and the expansion of the coal import scale, the main contradiction between coal-fired power companies has also changed from the earlier a€?supply and demand contradictiona€? to the a€?price contradiction,a€? and the power companies can fully use domestic coal and imported coal. Freedom of choice, it is understood that the proportion of imported coal blending of some units in the East China Coastal Power Plant has reached more than 70%. Coal companies are completely at the bottom of the game between coal and electricity, electricity companies are very likely to be part of the profit loss caused by the on-grid tariffs, or even passed on to the upstream coal companies, making the current coal market has been once again under pressure to renew the pressure.

In addition, this "Notice" also reflects the industry signals of environmental protection and energy structure optimization: (1) With the increasing seriousness of air pollution in China in recent years, "coal-fired exhaust gas", one of the culprits, has attracted wide attention. In response, the state has also introduced a number of measures to alleviate this problem, such as brown coal tariff adjustments, prohibiting the import of inferior coal, etc. This time the price adjustment and subsidy measures are to a certain extent coal "clean, efficient" use of governance "combination punches The supplements; (2) At present, China's primary energy accounted for more than 70% of coal, and the proportion of clean energy such as natural gas is very low. The increase in on-grid tariff for natural gas can effectively alleviate the operating conditions of related companies and increase their enthusiasm.

Based on the above analysis, the CBI Research Center believes that the short-term coal market may be subject to partial pressure on electricity prices, so that it will be warmer, the optimization of energy structure and the adjustment of coal from a€?fuela€? to a€?raw materialsa€? will also restrain overall consumer demand.a€? Clean and efficient use of coal resources is the main direction of development in the future.

Zinc Aluminum Alloy Wire, zinc is the matrix, through different aluminum content to meet the needs of different customers, and the use of advanced production technology, strict quality control, surface and inner quality is good and stable, with good mechanical properties. Using in film capacitor surface spray