Recently, the independent game development team Bit Planet released its first virtual reality game: Ultrrawings. This is an OculusRift game, it is a flight game, with an open worldview, where players can navigate freely in the game. 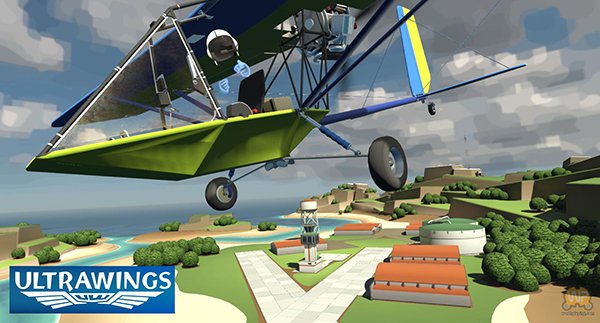 Ultrawings was created for Oculus Rift. In the game, players will fly several kinds of portable flying tools (such as hang gliders) to soar freely in the virtual sky to complete several flight challenges.

Christopher Stockman, the founder of the game studio, revealed on the official blog of Bit Planet that the original source of inspiration for this game was: "The original inspiration for this game dates back to 25 years ago, when I was I dreamed of driving an ultralight aircraft across the ocean.I vaguely remember the wind and fog that I faced when I landed on an aircraft carrier.The dream was very real, and I woke up and found that I was actually just lying in bed. I was very disappointed. About a year ago, when I started thinking about the VR game with several young friends, the dream surfaced again from the depths of memory. Then there was the game. It was definitely something you never experienced. a very unique flight experience."

Currently, the studio only released a preview video for this game, which will be on the Oculus platform in the fourth quarter of 2016. More details will be announced in the coming period. Ultrofinings will focus on this week's virtual reality San Francisco Summer Show.