October 23 08:06:54, 2021
Nanjinga€?s first government-owned robots appeared in the Qixia District Administrative Services Center, which brought convenience to people and increased peoplea€?s awareness of service robots. With the 2017 boat slowly arriving, the service robot industry will rise rapidly. Nanjing's first government robot debuts trillions of blue-and-blue robots. Robots believe that every scientist who researches and develops robots is in such a state of mind that life is better, the office is smarter, and robots serve humans and serve humanity. Provide convenience. After experiencing the explosion of artificial intelligence in 2016, the development of the Chinese robotics industry has made great progress. On January 10, at the Qixia District Government Affairs and Service Center in Nanjing, there was a robot named a€?Small Percha€?. It had a big display at the center of the stomach, and had two axles under its feet, and was free to walk in the hall. It can communicate with people, identify faces, guide people to service windows, and answer people's questions. 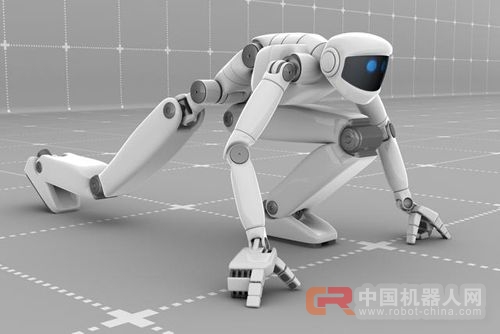 The professional answer, "small habitat" won people nodded praise. For example, when people ask: a€?What about the tax registration certificate?a€? a€?Xiaoqia€? answers: a€?Hello, please bring the tax information registration form, supplement the tax information, and a copy of the legal person and the operatora€?s ID card. A copy of the business license will be issued at the window.a€? Someone will then roll the lower axle and lead the person to the center service window. When the "small habitat" is idle, it can also accompany children to play, Tang poetry and song, singing photos. It is understood that "small habitat" is the first government service robot in Nanjing, developed by the Institute of Information Industry Technology, Nanjing University of Posts and Telecommunications, and customized for the Qixia District Government Affairs Service Center. She also has core facial recognition algorithm technology, able to identify people who come to the business for the second time, and record requirements of the other party; Radar Ultrasonic self-avoidance barrier technology can walk freely in the hall without touching people; 5 HD cameras for photographing and recording video; the main material is PVC flame retardant material. The relevant person in charge of the Administrative Service Center said: a€?Small habitata€? has just arrived at the Administrative Service Center at the end of last year and has been employed for less than two weeks. She currently has built 25 government affairs services for the various departments (bureaus). In the future, she will continue to a€?continue her studiesa€? and expand the scope of services. In addition, the first batch of open molds including "small habitats" were developed with five robots. They are all tailor-made according to customer needs, and some are used in foreign banks and some in museums outside the province. The "small habitat" positioning is the government service category, the market price is more than 500,000 yuan. She weighs 200 pounds and is fully charged for 8 hours of continuous use. In fact, the "Robot 2.0" era was on schedule to lead the innovative development of intelligent robots. In 2016, the pilot demonstrations, special actions, and fiscal and taxation support policies for the robotics industry in China are steadily advancing. With the introduction of various policy standards, the booming of the robotics industry continues to increase. Driven by many factors in the country, robotics applications are rapidly expanding from the industrial sector to military defense, medical rehabilitation, assisting the elderly, assisting the elderly, and providing home services. Service robots will become a hot spot in 2017. According to the "Analysis Report on the Development Prospects of China's Service Robot Industry" published by the Industry Research Institute of Forward-looking Industry, the total value of the global service robot market is growing at a rate of 20% to 30%, and it is expected that the scale of 2017 will reach 46.18 billion US dollars. By then, China's service robot market will reach 24 billion yuan. Once the artificial intelligence technology matures, the growth of service robots will be even more rapid. The output value is expected to exceed industrial robots in less than five years and become a blue ocean with a market value of several billion yuan. In general, robots can be said to be highly capable. No matter if they are mimicking human movements, talking to facial expressions, the authenticity of the skin, or careful logical thinking, they have reached similar levels to humans. In the future, service robots such as "little habitats" will be seen everywhere in people's daily life workplaces.