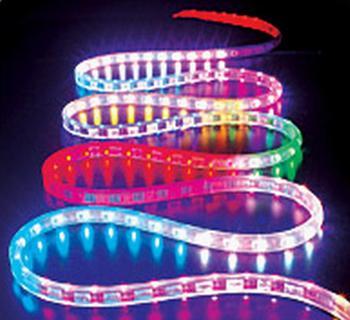 Recently, Foshan Lighting Association and Foshan Creative Industry Association jointly organized a seminar on LED business model innovation. Responsible persons from companies such as Osram, National Star Optoelectronics, Zhaoxin, and Shletwright believe that it is the future of LED development to collaborate with decoration and design companies to tap the artistic value of LED and take the high-end intelligence, information, and personalized a€?tastea€? road. The big trend.

As the fourth-generation light source technology for lighting, LED has the advantages of environmental protection, high efficiency, and other advantages. Its industrial development has received strong support from the country. However, LED companies still face various difficulties in the operation of the market. Foshan's industries are more focused on the secondary industry, and their development is relatively independent. The LED industry must overcome the limitations of the existing development and must cooperate with other fields and industries and achieve resource sharing in order to develop the road to development.

a€?Foshan is a big city for LED production. LED companies should unite together to create an LED art theme park and showcase Foshan LED's regional brand image.a€? At the signing ceremony of the LED business model innovation seminar and innovative model strategic cooperation, Foshan Lighting and China Star Optoelectronics and other LED companies reached the above consensus.

"The LED industry must overcome the limitations of the existing development and must cooperate with industries in other fields." Wu Yulin, chairman of the Foshan Lighting Association, believes that although the era of LED lighting applications has come, however, LED is still faced with various difficulties in the market operation. To this end, the seminar also specifically invited the heads of several design companies and decoration companies.

LED replacement needs to follow the rules of the market. Wan Xiaocheng, director of Guangdong Zhaoxin Enterprise Group Co., Ltd., raised his own confusion. a€?In the past, we promoted LED and thought it was energy-saving and environmental-friendly. However, why are few people taking the initiative to accept LEDs when they buy lighting?a€? He believes that LED prices are more expensive, and those who really want to buy it do not care how much electricity it can save. Whether it can bring about an increase in taste, so artistic optical design, intelligent control is a better direction. Wei Zhiquan, marketing director of Guangdong Snowlight Optoelectronics Technology Co., Ltd., also stated that many bosses will not choose LED when they choose lamps. "Why? They don't care much about the savings of more than ten yuan of electricity, but they are very interested in design styling."

Yan Jijun, LED Division Manager of Foshan Blue Arrow Electronics Co., Ltd., agreed that a€?Compared with traditional lighting, the biggest advantage of LED is the decorative function, but LED has not yet played a greater potential.a€?

Lin Qiuzhen introduced that OSRAM is currently working on lighting art and lighting taste. The future goal is "no luminaires." "A mirror and a stool may all be a luminous luminaire."

For the service life, Wan Xiaocheng also broke through the traditional concept and proposed a new problem: a€?We have repeatedly emphasized that LED has a long life span and can last 15 or even 20 years. Is this inconsistent with the innovative products?a€?

Wei Zhiquan believes that LED should be differentiated from durable goods and develop in the direction of fashion. a€?Like mobile phones, people no longer like durable Nokia, and they prefer fashion and strong experience.a€?

Lin Qiaoji mentioned that OSRAM currently defines LED as an electronic product. a€?It is updated once in half a year. Many sales people have just become familiar with the product and have already updated it.a€?

White SMD LED, it is the light produced by the blue color chip which is transformed by the special LED fluorescent powder. It does not have a fixed wavelength range and value, which meas White LED need the coordinate value of X, Y and color temperature to represent it. In 18 years, we supply the white SMD LED with high efficiency, high luminance, low light attenuation has been recognized by our customers.


We supply kinds of 3535 SMD LED with different wavelength from 365nm to 1550nm, which include the visible LED and the invisible LED.