How to Reduce Maintenance Costs for LED Light Drivers 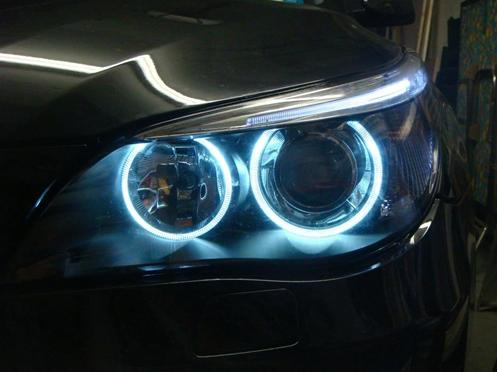 With the emergence of various high-tech models on new models that have been introduced in recent years, people have found that the configuration of cars is getting more and more exciting and attracting more and more attention. However, slowly, many owners began to discover that these high-tech products caused the cost of car maintenance to skyrocket. The most popular LED lamp in recent years is a typical example. Many owners reported to Southern Reporters that their new models use LED lights, but after two years or so, after the bulbs have been burned, they cannot even buy individual light bulbs in the accessory market. Instead, they need to replace the entire assembly. , The replacement cost up to 1000 yuan. The high maintenance costs brought by high technology have led some owners to adopt some extreme tricks to reduce their own maintenance costs.

Recently, the BMW owner, Mr. Li, reported to Southern Reporter that the BMW 320i driven by his wife had traveled about 20,000 kilometers. The turning lights on the right rear side of the previous month were suddenly a€?blinda€?. It turned out that the original car light bulb was burned. Mr. Li began to disagree. In his experience, he spent tens of yuan for a new light bulb in the accessories market. But things were not as simple as he imagined. The supplier of accessories on the market told him that the LED turning lights used in the new BMW couldn't be replaced individually. To replace them, the entire assembly could only be replaced, and it would cost 1,700 yuan. 4S shop replacement is more than 2,000 yuan. In other words, if a vehicle with LED lights is used now, if the turn signals and brake light bulbs are broken, the replacement cost will increase by tens of times from the previous tens of yuan.

The new Crown owner Mr. Wang also has the same experience. His vehicle was used for more than a year, but he was told by the repair shop when he was about to replace it because the turn signal lamp bulb was burned. The model with the LED light cannot replace the light bulb alone as the old model. Replace the entire assembly and there is no choice. Replacement of the crown LED lamp assembly costs, non-4S shop quotes have more than 1,000 yuan, and if the crown of the old models encountered the same failure, only need to replace the bulb alone, the cost is only tens of dollars.

Mr. Dai, a maintenance expert in automotive lighting systems, briefed reporters that the design concept of auto parts including lighting systems has formed more and more parts that are difficult to replace locally, and that there is a tendency to replace the entire assembly. Therefore, the supply of spare parts in the market will also evolve toward the maintenance solution of the vehicle factory.

Compared with the traditional light bulbs used in older cars, LED lights have the advantages of long service life, better lighting effects and a more beautiful appearance. Due to the large amount of heat emitted when the headlamps of the automobile are in use, the surrounding temperature is high and the heat dissipation is not rapid. The normal working temperature of the LED display lamp made by LE D is below 60?°C. When the temperature exceeds 60?°C, the LED work becomes less stable. Therefore, the biggest factor influencing the lighting efficiency and lifespan of LED cars is the temperature. Therefore, if the peripheral temperature of the car headlamp exceeds a certain temperature, the LED burns off easily, and sometimes the base of the LED lamp will directly melt. For most vehicles using LED lights, if the diode is damaged, it is more necessary to directly replace the assembly. Therefore, it is recommended to select LED display lamps with good thermal conductivity. Moreover, when using LED lights, if not all lights are off, the entire assembly can be replaced with the number of fault lights affecting the use effect, thereby minimizing maintenance costs.

For the owners, the cost of repair and replacement caused by high technology has skyrocketed, making them feel helpless. Some car owners are forced to use "cheat" methods to reduce maintenance costs.

The owner of the vehicle Mr. Xiao told reporters that his vehicle was turned off because of the original LED turn signal. When he went to the repair shop to replace it, he was told that the entire assembly needed to be replaced. When he had no LED lights several years ago, he had also changed it once. Only need to replace the lamp inside the problem. However, as long as there are problems with the LED lights, the entire assembly must be replaced, and the cost will increase from a few tens of dollars to a thousand dollars. He was not reconciled to this maintenance cost.

Some owners who are dissatisfied with the skyrocketing cost of replacement of LED lamps pass their own maintenance costs through other methods. Mr. Tan told reporters privately that because he was dissatisfied with the cost of replacing the LED lamp assembly too expensive, he had to accidentally a€?collidea€? with a collision accident through the insurance company, which would transfer these expensive maintenance costs to the other party.

Belttt Power Inverter is design for car, home and outdoor using. Portable designed size is fit to carry around. Metal build shell comes with good protection. When the city power is down, you only need a 12V battery and our power inverter will take you back to modern civilization. We serve you the best power inverter in China. Also you will hvae 1 year warranty service. We do have 10 years experience in this field.