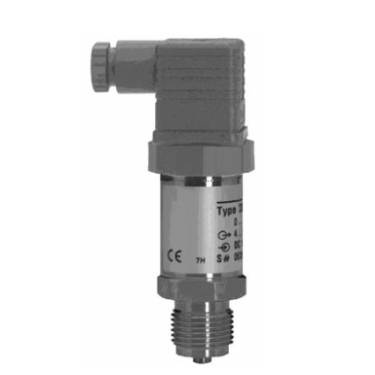 Micro-pressure sensor in the measurement process, the pressure directly on the diaphragm of the sensor, so that the diaphragm produces a micro-displacement proportional to the pressure of the medium, so that the resistance of the sensor changes, at the same time detect this change through the electronic circuit, and convert the output A standard signal process corresponding to this pressure.

Rapid development of micro-pressure sensors, a new type of sensor developed using a piezoelectric single-chip structure, and built-in preamplifier, through the amplifier to amplify the weak signal and achieve impedance conversion, so that the sensor has a small range, high sensitivity, good anti-interference Features. Such sensors have been widely used for the detection of small signals such as pulse and wall pressure fluctuations. However, at the same time, for the technical challenge of the accuracy test of the micro-pressure sensor, there is an urgent need for a simple measuring device to measure the performance of this type of sensor.

In order to solve the contradiction between the sensitivity and non-linearity of the micro-pressure sensor, in the structure, the dual-island-beam structure is adopted to integrate the advantages of the beam membrane structure and the flat-film double-island structure. The area of a€?a€?the island area is not scaled up or down. First, in order to increase the sensitivity, the length and width of the narrow beam area should be reduced as much as possible. Because from finite element analysis and approximate analytical analysis of the a€?beam-membrane-islanda€? structure, it is found that reducing the length and width of the narrow beam region can significantly increase the stress on the beam. And when the length of the middle narrow beam is about twice the length of the narrow beam on both sides, the linearity of the device is the best. Although there is a double island limit structure, in the event of high overload, the silicon film will first break from the island's side and corner regions. This is because the traditional island structure uses conventional masked anisotropic wet etching to form a silicon film and a dorsal island from the back of the silicon wafer. The silicon film is a crystal surface. The sides of the frame and the back Big Island are crystal surfaces with an acute angle of 54.74?°.

According to the principle of mechanics, there is a stress concentration effect in the corner region. After the silicon film is pressed on the front or back surface, the corner region will have the extreme value of the stress, so the crack first occurs from there. After the introduction of the stress dispersion structure, the corner region becomes a fillet region with a certain curvature, so that the stress extreme value of the region is reduced. At the interface between the silicon film and the frame or the dorsal island, a moderately variable gradient structure is formed, which cannot be achieved by conventional conventional anisotropic wet etching. For this purpose, a mask-maskless anisotropic wet etching technique is used.

8" Novelty Candle have 22g 23g 25g sell very well for Jeddah market . 8" Novelty Spiral Candle can do your own brand and logo .boxes.  each box have 12pcs, each carton have 24boxes.  Novelty Scented Candles have many colors , such as white , yellow ,green ,blue ,red and so on .   we are the biggest CANDLE FACTORY IN hebei province , We make sure the shipment is quick . usually about 30-35days after receiving the deposit and confirming the package .

Welcome to inquiry and welcome to order !