At the same time that governments encourage and promote the domestic semiconductor lighting market, semiconductor lighting technology has also been greatly developed due to the increased investment in research and development by major optoelectronic manufacturers, research and academic institutions. On the one hand, the luminous efficiency of LED chips has been rapidly improved. On the other hand, the price of LED chips has gradually decreased, and its application feasibility and economy have gradually increased. The following picture shows the price trend of high-power white LED chips for lighting: 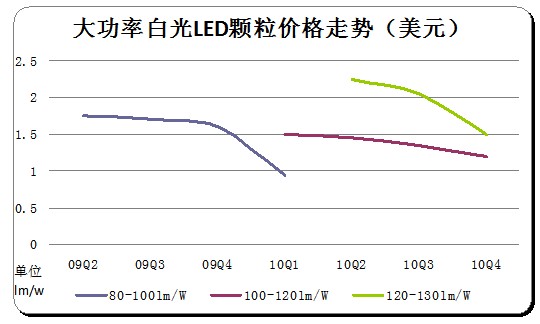