Foxconn is building a plant in the US This is a precursor to Apple TV?

November 27 16:06:19, 2021
Guo Taiming, Chairman and CEO of Foxconn, the worlda€?s largest electronics foundry company, recently stated that he is considering building a panel manufacturing plant in the United States with an investment of more than US$7 billion. Interestingly, this factory does not produce small panels for the iPhone, but large panels.

Gou Ming considers building a large panel plant in the United States
According to industry insiders, this is a precursor to Apple's attempt to build television. Because Applea€?s R&D lab had previously built a 4K TV, it was abandoned many years ago. Merrill Lynch analyst Mohan wrote in a report: a€?Building a large panel production facility in the United States means that Apple is preparing to build the legendary Apple TV.a€?
According to the Nikkei Asia Review report, Terry Goh, Chairman of Foxconn Technology Group, disclosed to the media in Taipei that the company is considering launching a joint investment with Apple to set up a display factory in the United States. The factory cost will exceed 7 billion U.S. dollars, and it can create 30,000 to 50,000 jobs after it is put into production. Demand for large displays continues to increase, making domestic production in the United States a better solution than shipping from China. 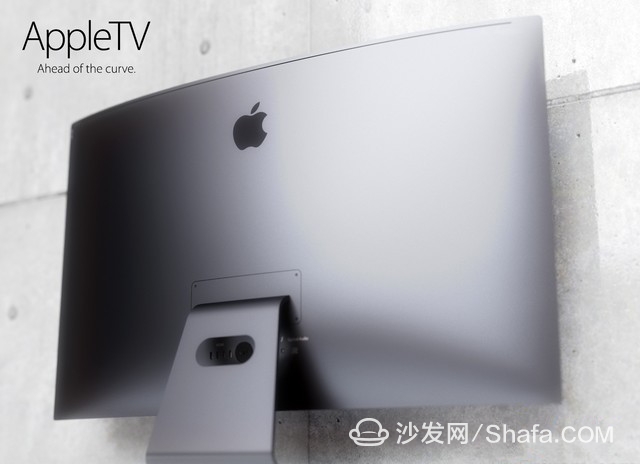 Apple TV is about to be born?
Gou said that the company has considered for a long time whether it wants to build a factory in the United States. However, this idea was really brought forward when we met Trump with Sun Yiyi in 2016. After the meeting, Sun Zhengyi decided to invest 50 billion U.S. dollars in the United States. According to CNBC reports, Applea€?s Foxconn logo appeared on the documents that Trump and Softbank met. It also mentioned the $7 billion investment and the content of 50,000 new jobs. But this was only the idea at the time and there was no final decision.
The reason why Foxconn followed Apple to build factories in the United States is that a large part of its revenue comes from the OEM for Apple. Previously, Foxconna€?s revenue declined for the first time due to Applea€?s sales volume and sub-manufacturing strategy. However, in order to get more orders from Apple, Foxconn also acquired Sharp, which owns OLED technology. In addition to the mobile phone display, Foxconn also saw a huge TV display market in the United States. The position of Foxconn in the United States may be Applea€?s response to Trumpa€?s pressure. This time, the factory is likely to be a symbol of Applea€?s restart of the TV project.
Smart TV/box information can focus on smart TV information network sofa butler (http://), China's influential TV box and smart TV website, providing information, communication, TV boxes, smart TVs, smart TV software, etc. Answering questions.

The electric bell is suitable for audible signaling for intermittent use only in domestic and commercial installations.We are manufacturer of Low Voltage Electrical in China, if you want to buy Electric Bell,Patent Intermittent Electric Bell, please contact us.