Although the subway has the advantage of lower energy consumption than other urban transportation modes, the huge subway system still makes it among the largest cities in the city. According to the data, the operation of Shenzhen Metro Line 1 consumes more than 100 million kWh per year, and the operating electricity costs account for about 36% of the variable cost, which is the third place in the operation cost of the subway. The relevant data in the 2008 commissioned operation management contract of Shanghai Rail Transit Line 1 indicates that the total cost of Shanghai Rail Transit Line 1 in 2008 was 295.58 million yuan, of which the cost of electricity was as high as 118.85 million yuan, accounting for 40. 2 of the total cost. %. 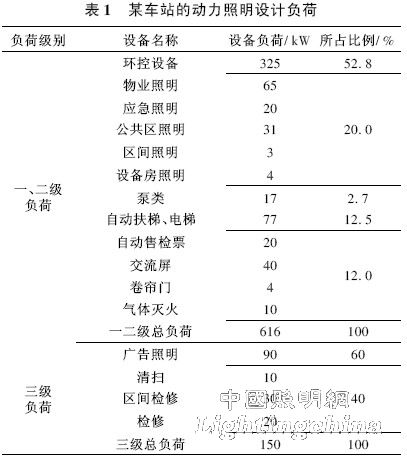 In recent years, with the advancement of technology and the strengthening of energy-saving management, many devices have adopted energy-saving control modes. For example, air conditioning and ventilation systems only start working under certain conditions of temperature and air quality. Most of the subway escalators have adopted energy-saving control methods. When no passengers step on the elevator, the elevator works with a theoretical energy consumption of 12.5% a€?a€?[1]. Table 2 shows that although the lighting system only accounts for 14.2% ~ 16.1% of the average equipment load of the entire station, the total lighting load of each station has reached 197 kW and 207 kW, and it has the characteristics of long-term continuous operation. Due to the limitations of design specifications and operational management, the energy waste of the current station lighting system is more serious.