BlackBerry's return to tablet market is full of challenges 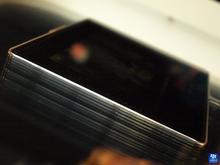 According to foreign media reports, just as RIM launched the new BlackBerry Z10 smartphone and joined the global smart machine wars, some analysts put forward the idea of a€?a€?whether BlackBerry should return to the tablet market. Previously, RIM launched the BlackBerry PlayBook tablet, but it did not achieve the desired results. In an interview with a Wall Street Journal reporter this week, David J. Smith, executive vice president of BlackBerry's mobile computing division, revealed that the research and development of the new BlackBerry tablet PC has been on the agenda of RIM. The above remarks have fueled people's expectations for BlackBerry's return to tablet market.

Smith said in an interview that at the moment, RIM is still interested in the tablet PC market. In addition, the company believes that the current market still leaves room and space for BlackBerry to launch different products. However, RIM also acknowledged that it is full of challenges to enter the Tablet PC market again. Smith also pointed out that RIM has learned enough experience and lessons from the previous PlayBook listing process.

The author believes that RIM officially launched the latest BlackBerry 10 operating system, and it is reasonable to launch new mobile devices after that. Looking at the global tablet market, Apple's iPad sales have already reached a million level, and Amazon and Samsung's sales have also reached a million clubs, but the market still gives enough space for other manufacturers and products.

BlackBerry itself has a complete set of technology and product "packages", but starting from this point alone is unlikely to gain in the tablet market. I believe that RIM needs to introduce some truly innovative products or launch cheap products to increase product influence and sales.

360?°all-direction illumination and touch the switch to adjust lightness of the lamp