Abstract: CD / DVD ROM has now become a standard equipment for portable computers. The OZ168 chip uses AudioDJTM technology to ensure that CD music can be enjoyed when the computer is not turned on, so that the portable computer can be turned into a CD player. Greatly reduce computer battery consumption and maximize working hours. The main features and structural functions of OZ168 are introduced, and its application circuit is given.

OZ168 is a dedicated portable computer audio playback chip produced by O2 MICRO. At present, almost all portable computers use CD / DVD ROM as the standard configuration. Normally, to play CD music on a portable computer, you need to turn on the system first and use Windows-sTM Media Player or other media playback software to play. For simple functions to turn on the system, and consume a lot of battery power, this will undoubtedly bring the pressure of insufficient battery power for the normal mobile office. The AudiJDJTM technology enables portable computer users to enjoy the beauty of CD music at any time without having to worry about the battery capacity limitation. The special isolation measures of the OZ168 device can ensure that only a small part of the system a€?s power supply, such as CD / DVD ROM, can be provided while the rest of the computer is powered. Turn off, thereby greatly reducing the computer's battery consumption and maximizing battery operating time. Figure 1 is a block diagram of the working system of OZ168. Its main functions and features are as follows:

a—? In CD playback mode, various working states of CD / DVD ROM can be controlled by ATAPI protocol;

a—? Support CD / DVD ROM DMA function, so that the data transmission rate is faster;

a—? AudjoDJTM technology can guarantee the minimum software support of the system;

a—? With CD high-quality sound effects.

When the system is in CD playback mode, only the CD ROM and the audio amplifier need power for the entire system, and the rest of the system is turned off. At this time, the CD ROM left and right channel audio signals are directly transmitted to the audio amplifier, thus ensuring that the system is not powered on. Play the CD below. In the CD Player mode, OZ168 can directly control the status of CD / DVD ROM and play CD Track's audio tracks through the ATAPI protocol. OZ168 music player key functions are as follows:

(1) Through operations such as Payer, Pause, NEXT TPK, PREV TRK, STOP EJ ECT, etc., users can choose their favorite music.

In direct playback mode, the system has actually entered the power-on state, at this time the user can still use various function keys to control CD playback. When the function key PLAY PAUSE, NEXT TRK, PREV TRK or STOP_ECT is pressed, OZ168 will send an interrupt INT signal to change the 8th byte of the interrupt status register? 07h ?. When an INT signal is sent from OZ168,

SMBUS Host will read the function key register? 01h? To determine which key is pressed, and then, the command control register? 03h? Bit? ACK? Byte will be reset, the predetermined AudiDJTM driver and CD ROM The driver will directly issue corresponding control commands to the CD / DVD ROM to control the action of the CD / DVD ROM. When the OZ168 control command ends, OZ168 will automatically clear the value of the function key register and ACK byte.

In PASS Thumb working mode, OZ168 is regarded as a transparent part between OS and all system devices, that is, the device and OS "see" the existence of OZ168. At this time, OZ168 only transmits the system and CD ROM. And feedback commands, and OZ168 does not make any changes to these instructions and data, all system IDE bus signals pass directly to the CD ROM IDE bus. At this time, OZ168 is only used as a channel for data / command transmission between the system and CD ROM. 3 Internal structure

The internal structure diagram of OZ168 is shown in Figure 3, and its main components are described below.

The three working states of OZ168 are mainly selected by the state controller. The state controller determines which working mode to enter by detecting the input signals of PAV EN, PC SYSTE-MOFF () and DIRECTOR Mode REGISTER (). When PAV_EN is 1 and PC SYSTE-MOFF is 1? OZ168 will send the PWM CTRL signal to turn on the power of CD ROM and audio amplifier, and cooperate with the function key controller to directly control the working state of CD ROM through the ATAPI protocol. At this time, OZ168 enters CD Player mode. The input logic signals and related states of the state controller module are listed in Table 2.

In the CD Player mode and the Direc mode, when there is a function key signal input to the control module, the function key controller will refill the internal registers and transfer the changed register information to the state controller module. The state controller receives and saves these settings, and at the same time converts them into ATAPI protocol control commands to directly control the CD / DVD ROM to make various function selections.

OZ168 voltage range is -0.3V ~ + 6.0V, its input voltage should be between -0.3 ~ + 0.3V, the normal operating temperature range is 0 ~ 70 a??. Figure 5 is an application example of OZ168. Its function key input signals PREV TRK, NEXT TRK, PLAY PAUSE, STOP EJECT, etc. need to be connected with 100pF filter capacitors to prevent malfunction caused by noise interference. PWR CTL signal is pulled down to 47k?? The resistance can ensure that the PWR CTL is 0 at the rising edge of RESET, so that the power management control is turned on. The PAVMOD / IDSEL pin should also be pulled down with a 4.7k?? resistor. Select SM BUD adress ID is 34h to ensure that the input power of OZ168 is stable, Vcc Need to connect a 10??F tantalum capacitor and a 0.1??F ceramic capacitor as power supply coupling circuit.

The OZ168 audio playback circuit designed in this paper can be used as a reference design circuit. The design does not use the GPIO [1: 0] / VOL_UP / VOL_UP signal external digital potentiometer to realize the digital volume adjustment function. Due to the use of advanced power management technology OZ168's power consumption is very low, and its high-compatibility ATAPI interface specification can be applied to CD / DVD ROM of various brands. For OEMs, the CD / DVD ROM configuration can also be changed according to different needs, but it does not affect PC compatibility, which brings great convenience to the system configuration. At the same time, it also provides users with greater upgrade space.

The world premiere of the technical zone! ROHM has developed the power supply IC "BD372xx series" for high-quality audio. A practical guide for the purchase of home wireless routers. Understanding the circuit diagram and working principle of the audio. Talking about the "frequency response curve" in the audio. Deep dismantling report of the M0pro speaker: both internal and external 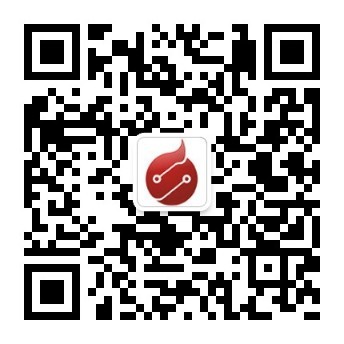 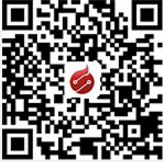 Create your own personal electronic circle

Application design of battery inspection technology Abstract: The battery is an important group of power system ...

This paper presents a design scheme that realizes Chinese handwriting input method and touch screen controller by hardware on embedded system at the same time, gives the hardware structure diagram and ...

Abstract: Taking Altera's MAX700 old series as a representative, the application example of CPLD in DSP system is introduced. The program ...