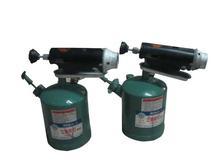 In recent years, the rapid development of social economy and the increasingly prominent environmental and resource issues have seriously hampered the development of society and affected peoplea€?s daily lives. Therefore, energy saving and emission reduction has attracted more and more attention and attention from everyone.

"The 12th Five-Year Plan for Energy-saving and Environmental Protection Industry Development" attaches particular importance to the remanufacturing industry of high-pollution, high-energy-consuming hardware and electromechanical related industries, and proposes to support the remanufacturing of auto parts, construction machinery, and machine tools, etc. The old parts recycling system was manufactured, focusing on supporting the establishment of 5-10 state-level remanufacturing industrial clusters and a number of major demonstration projects.

Hardware & Electrical Machinery Many industries belong to high energy consumption and high pollution industries. If they can pass technological transformation and effectively carry out energy conservation and emission reduction, they will inevitably reduce production costs and pollution control costs. However, many of the hardware and electromechanical companies did not raise their awareness on the concept, and did not pay attention to the improvement of energy-saving and emission-reduction technologies. In the past few years, there have been a number of hardware companies that have been reported by the public and subjected to social criticism because of environmental pollution. There are many brands and companies with higher reputation.

Although many hardware and electromechanical companies are turning waste into treasure and have made many efforts to build a recycling economy, the maturity of China's resource recycling industry is still far behind developed countries such as Europe, America and Japan, and this requires hardware and machinery related industries and governments. Work together.

In 2011, Apple's products were exposed to pollution in China's supply chain, causing an uproar, and the brand image was also affected. Zhejiang Haining Jinke Energy, a well-known PV manufacturing company, was caught in the "pollution gate" and was pushed to the top of public opinion for a time, and was ordered to suspend production. Fines. Obviously, only paying attention to the immediate interests and ignoring energy conservation and emission reduction will ultimately cause major losses to the company.

From the above, the country is currently vigorously implementing energy conservation and emission reduction policies. Whether it is price regulation or publicity and guidance, the concept of energy saving and environmental protection has become more and more popular. For example, household sanitary products with large quantities of water have become the primary issues for water conservation. More consumers are more willing to choose energy-saving bathroom hardware products. At this time, for hardware and electromechanical companies, if they do not advance, they will withdraw, strengthen technological innovation, and diversified development is the key.

In recent years, with the increasing degree of international compressor market concentration, the development of the international refrigeration compressor industry is also very rapid. Leading compressor manufacturers continuously improve their comprehensive competitiveness through industry consolidation. Gradually, industry leading companies represented by Bitzer in Germany and Ingersoll-Rand in the United States have emerged as dominant markets. These foreign brands have occupied a large share in China since they entered the Chinese market and have seized the market for Chinese domestic brands.

Under the continuous influence of the global economic downturn, China's sales of mobile smart devices have been growing at a faster pace, while sales of other products have remained stable. Constrained by various factors at home and abroad, sales growth in China's integrated circuit market slowed down on 2011 basis. The market size reached 855.86 billion yuan, and the growth rate slowed to 6.1%, but the market growth rate was still significantly higher. In the global market.

With the weak demand in the domestic electronics market and continuous fluctuations in the export market, China's integrated circuit market gradually stabilized during the fluctuations in 2012 and began to show growth. In the first half of 2012, affected by the sluggish domestic and international consumer demand for electronic devices, the uncertain future of the market, and the reduction of inventory by companies, the growth rate of China's integrated circuit market was also suppressed, and the market growth rate slowed to 4.3%. In the second half of 2012, with the implementation of the national a€?energy-saving and people-friendly projectsa€? policy, the approval of a number of large and medium-sized key infrastructure projects and the preparation of pre-equipment, and the continuous improvement of the penetration of intelligent equipment driven by mobile Internet, China The IC market basically bottomed out in April, with the market scale showing a steady growth from month to month.

In 2012, China's IC import achieved a contrarian growth in the global market downturn. According to the customs import and export statistics, the annual import volume and import amount reached 241.82 billion tablets and 192.06 billion U.S. dollars, respectively, an increase of 12.9% and 12.8%, respectively. The growth of China's IC import volume has benefited from the continuous growth of domestic market demand, and on the other hand, it is closely related to the increase in investment and expansion of production scale by global packaging giants in the country. In 2012, Chinaa€?s IC exports grew rapidly. In the year, IC exports reached 118.21 billion tablets, a year-on-year increase of 30.7%, and the export value reached US$53.43 billion, a year-on-year increase of 64.1%. The main reason is that the global IC packaging giant has increased its investment in China and expanded its production scale. The mode of import and export has caused China's larger export scale.

Looking forward to 2013, with the improvement of the global economic situation, the demand for China's electronic products driven by exports is expected to increase, and OEMs will speed up procurement and make up for integrated circuit product inventory. Mobile internet devices represented by portable mobile smart devices and smart phones will continue to grow rapidly. In addition, with the completion of the renovation of the environment, card issuance, industrial applications, POS and ATM transformation, major bank IC card issuance and replacement work will enter a stage of rapid growth in 2013, the IC card IC market follow-up prospects broad. Overall, China's integrated circuit market will achieve relatively stable growth in 2013, and conservative growth is expected to reach 7% or more.